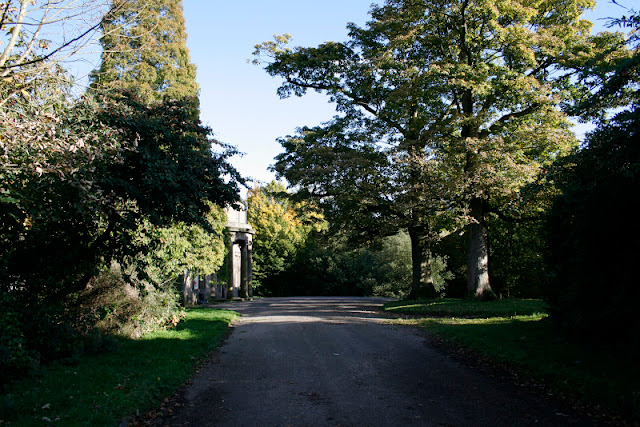 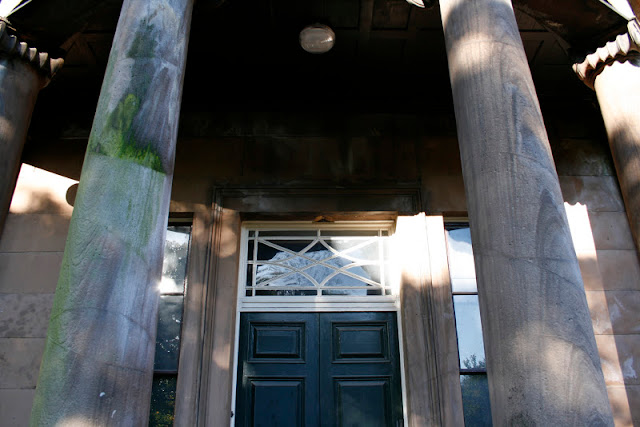 This old house is in my local park, I think some part of the building is used for council offices or it has been until quite recently. The front facade of the house still looks pretty elegant, the columns are tall and strong and the climbing ivy is attractive in the autumn sunlight. 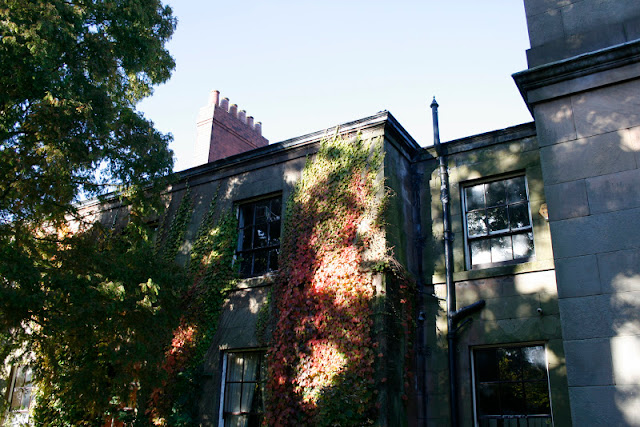 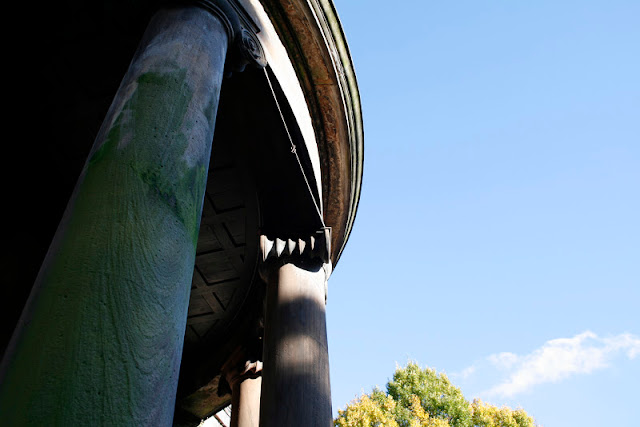 The back of the house is a slightly different matter, the stone walls are covered in snail slime, windows are broken, paint is peeling, moss climbs over through the gutters and over the roof and spider webs seal the doors. 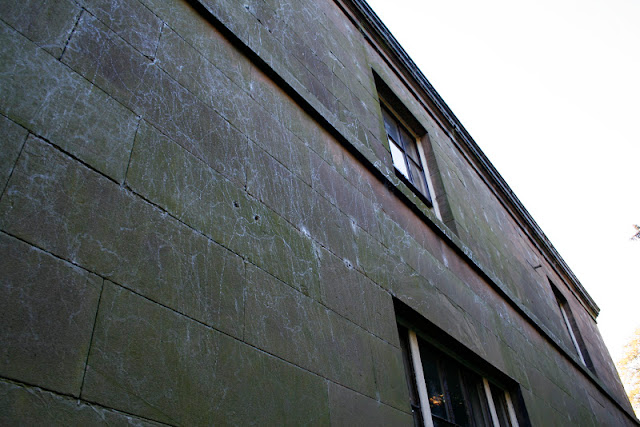 Though really this is more a case of neglect rather than anything spooky, as its Halloween I thought we could imagine. I'd be quite intrigued to go inside the building as some of it is definitely unused or even abandoned 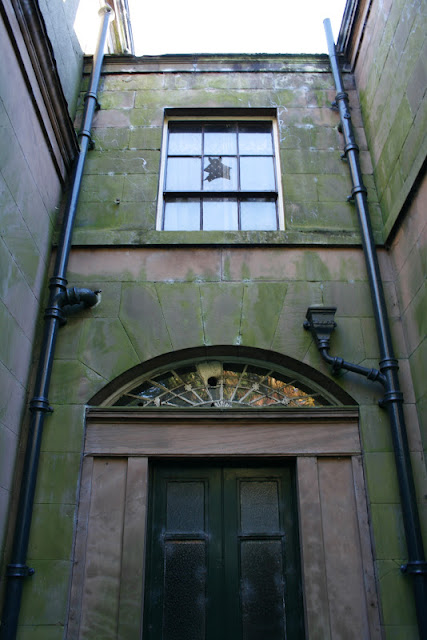 Next to the  Hall is this building which is a little unpleasant. A former public toilet! 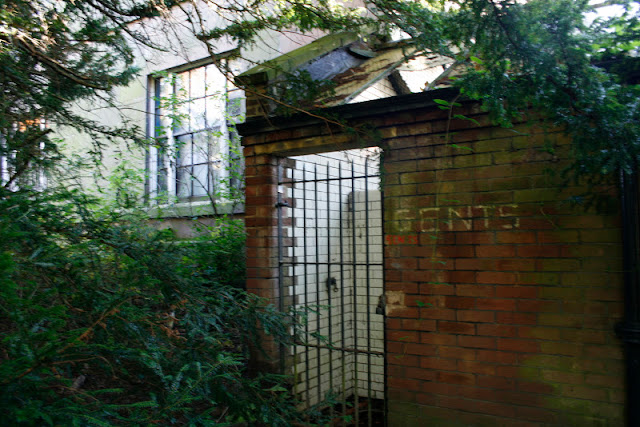 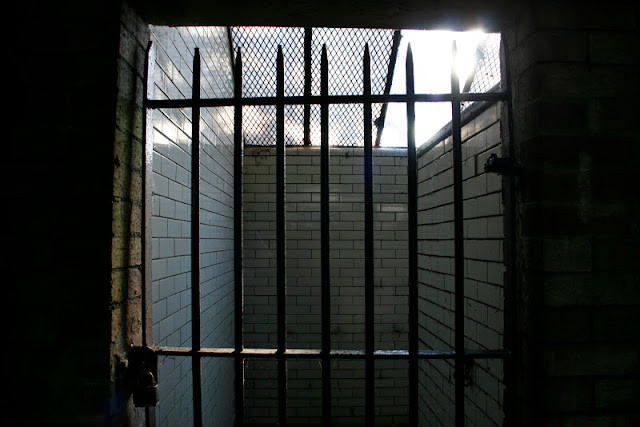 With a broken roof but a chained and padlocked gate, this looks like exactly the place for a gruesome horror to occur, the sort of place if a character in a film went into you'd be shouting at them that it wasn't safe and something bad would happen. 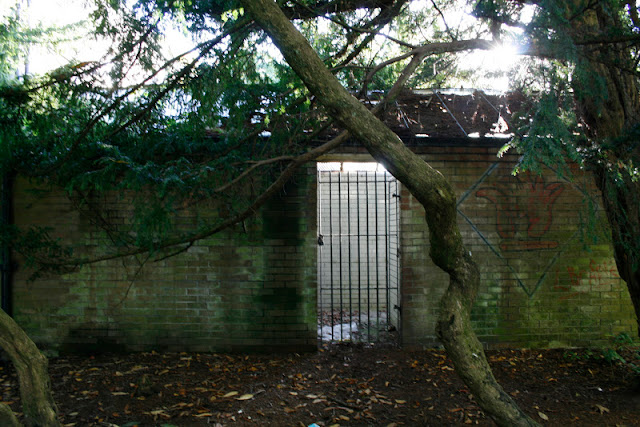