Yesterday I joined in with Meredith's sheepish yarn bombing.
I crocheted three hearts from some orange acrylic yarn that I'd had hanging about, left over from a previous project. I used two patterns one was Attic24's teeny tiny hearts and the other Cherry heart's small heart pattern. I was a bit vague with them both though so some of the hearts are a little wonky. 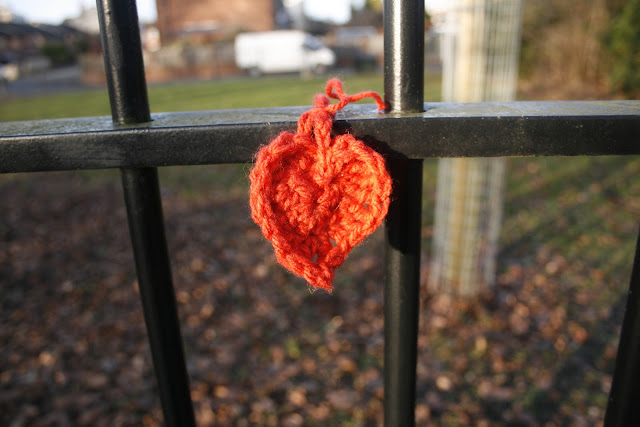 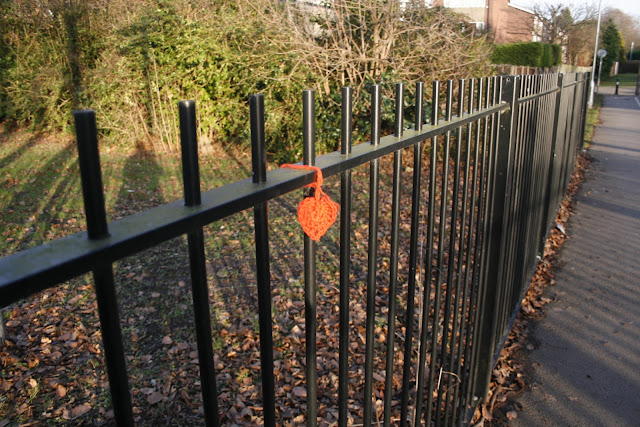 I put one of the hearts on some park railings near a school. I hope this one stays for a while and is seen by all the children going in to school. I tried to be a bit surreptitious putting these up and then photographing them but people kept on walking past while I had my big camera out. 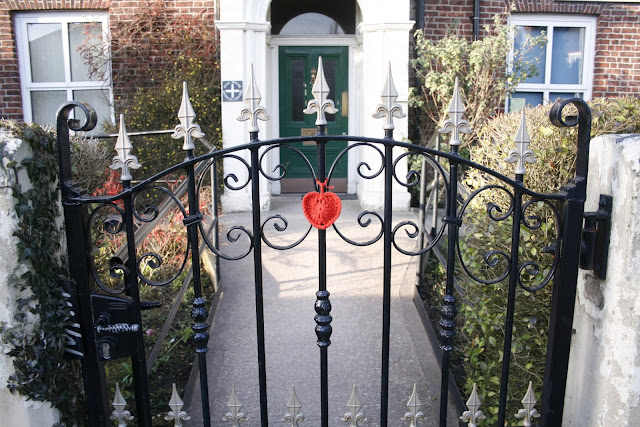 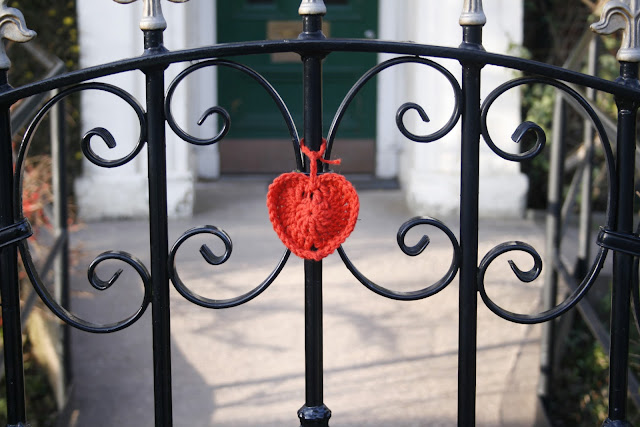 I put this heart, the biggest one on the gate to a local doctors. What better place for people to see a little love than when they're not feeling their best and on the way to the doctors. I was a little nervous about this as it's on private property and the others are both on publicly owned parks. I'll see how long it lasts there! 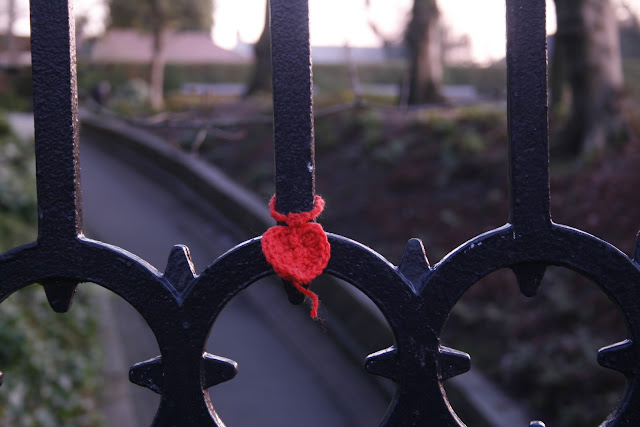 This last little heart was placed on railings of a bridge going over a footpath in another park. I'm not sure how easily this one will be seen, it's pretty little and quite low down.
I'm quite excited to go back and check on them in a few weeks time. I'd also like to make some more hearts and keep putting them up. I think it'd be nice to leave a trail of crocheted hearts behind me.