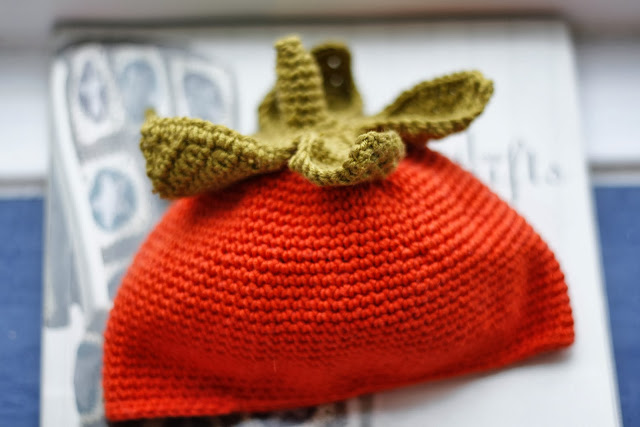 I've just finished off and posted this very sweet baby hat. I think it's the sweetest and most smartly finished thing I've ever made, so I'm pretty pleased with it! It is currently on it's way to Sweden as a present for a the baby of a friend I lived with at university. I think I've reached the age where a lot of my friends have started having babies now. This means I get to crochet some very sweet, tiny things like this hat!
The pattern is from "crocheted gifts; Irresistible projects to make & give" by Kim Werker. This is the first time I've followed a pattern from a book rather than on line somewhere. I found it was a more reliable way of carrying the instructions around with me than hoping for signal on my phone when I need to check something, but there were several acronyms that weren't in the glossary and fewer pictures than there are on sites like attic24, so sometimes I had to guess a bit. I've had this book out of the library for several months now and there are other things I want to make from it so maybe I need to buy a copy instead of paying lots more fines!
The hat was supposed to be made in red to look like a berry but I had this nice, bright orange that I thought would be nice. I think it looks a little bit like a clementine which is quite festive, I hope it doesn't look too much like a pumpkin though. 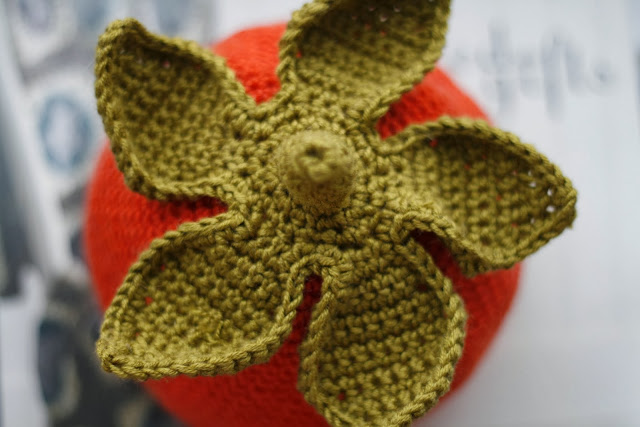 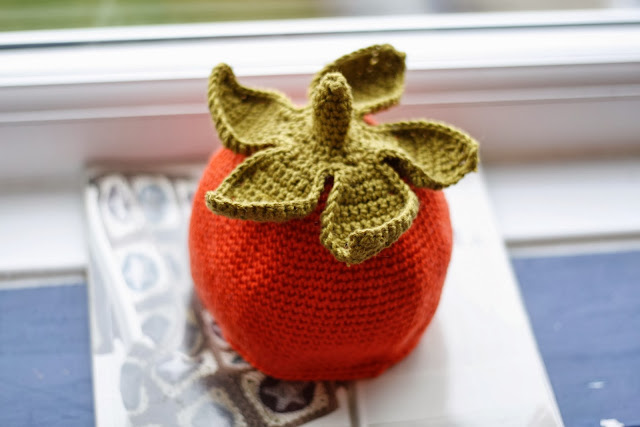