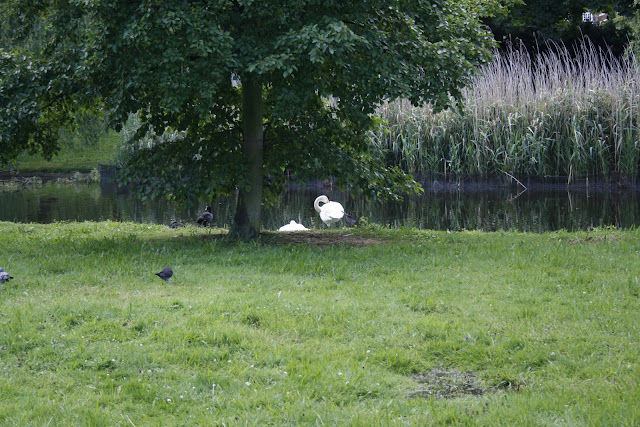 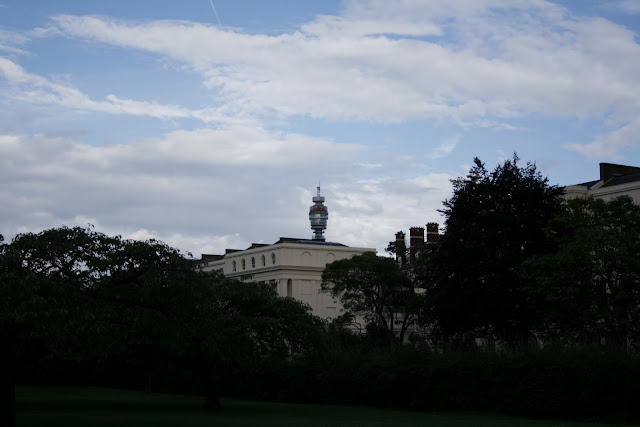 After collecting my visa from the Ghanian High Commission last Tuesday there was one further task I had to do in London while waiting for 7 o'clock, the time I could get on an off-peak train.
Back in May my brother had been in London for some reason or other and had managed to lose his wallet which contained, along with money and bank cards, his driving licence and was therefore fairly important for him to get back. Somehow his wallet was found and was waiting for him at Marylebone station
I usually get the train home from London from Euston.
Marylebone and Euston stations are not that far from each other.  In fact according to google maps they are less than a mile and a half away from each other. They are also not very well connected by the tube, there are some very complicated changes.
I therefore thought that the easiest course of action to get from Euston to Marylebone and back again would be to walk. Unfortunately after walking about 15 minutes from Euston the heavens opened and I was soaked through within minutes. After seeking refuge in an EAT I continued my journey, collected the wallet and was returning to Euston when, miracle of miracles, the sun came out, blue sky appeared.
I was next to one of the most beautiful parks and had time to spare.
I don't think I've been to Regent's Park before but it is fancy! it even had very clean, free public toilets, which is my mark of any swanky place.
I think I've overexposed these pictures but it was a glorious, unexpected burst of evening sunshine that made a slightly stressy day feel a lot better. 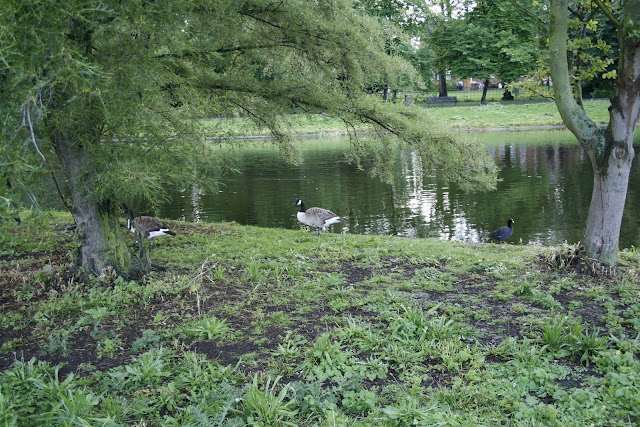 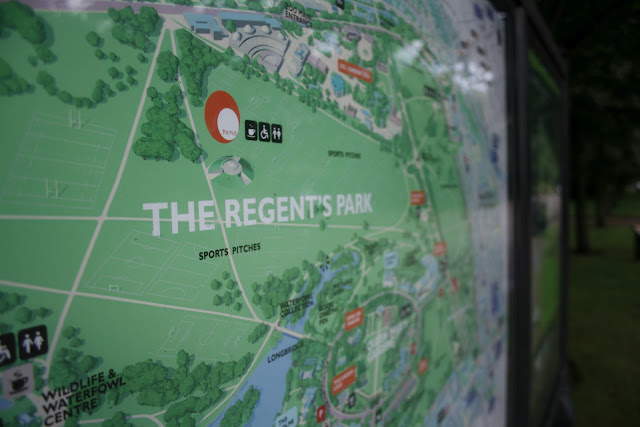 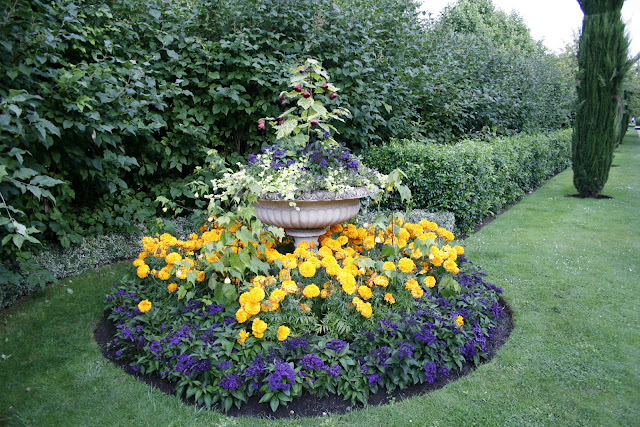 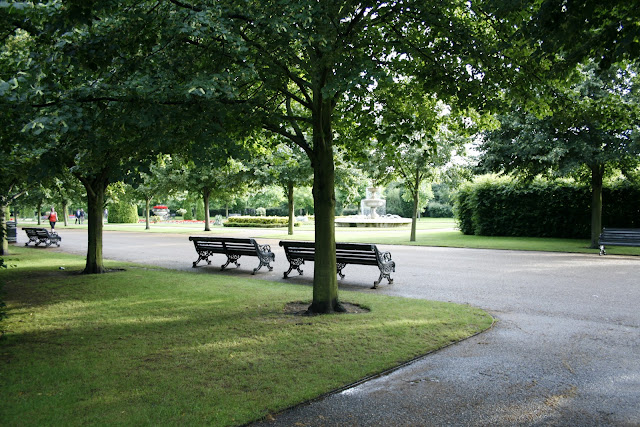 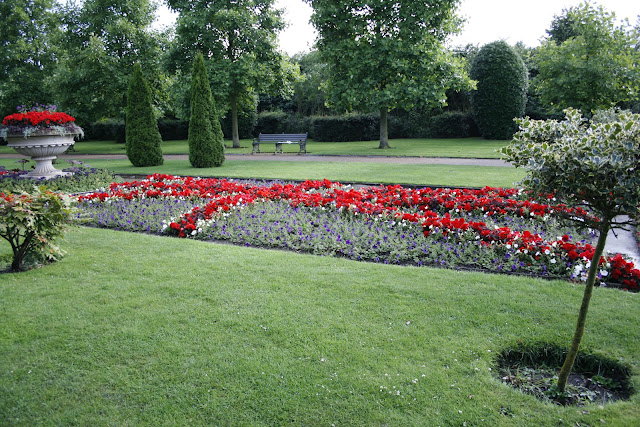 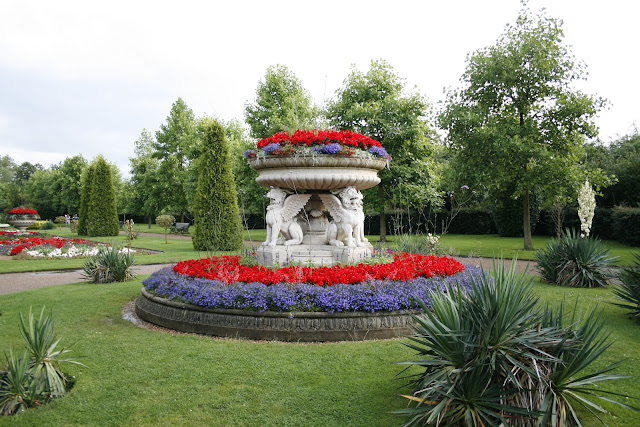