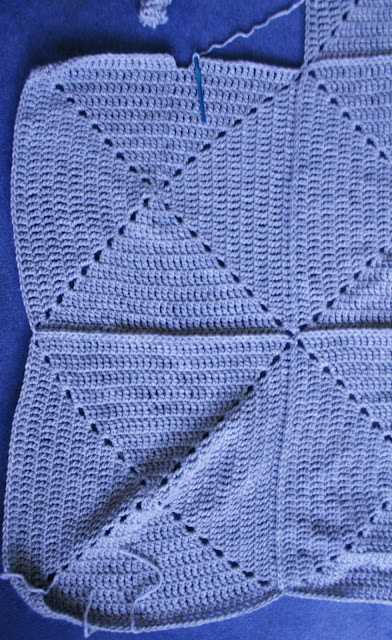 Many months ago I showed you this crochet blanket that I'm making for a friend. It's nearly finished, It's been nearly finished for ages and ages because I've run out of yarn. I've also discovered that I'm using a discontinued yarn and that nowhere sells it on the internet for any cheap price, not even ebay. I'm in a bit of a quandary. I do have some more yarn of this type but in different colours, so I could maybe make the last square in a different colour or even striped and just hope for the best, or I managed to buy some yarn that is exactly the same shade and I think of a similar fibre but not as chunky, maybe I could use that 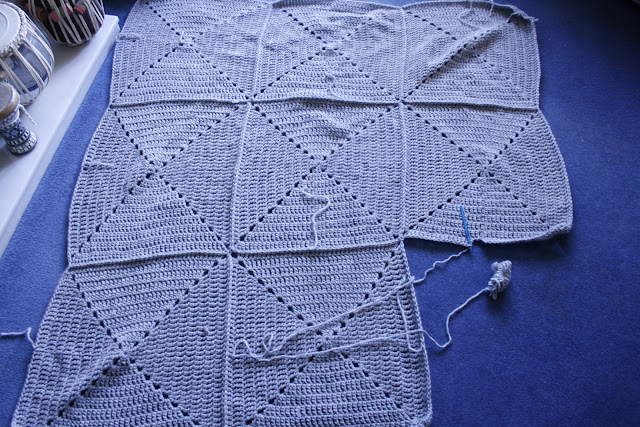 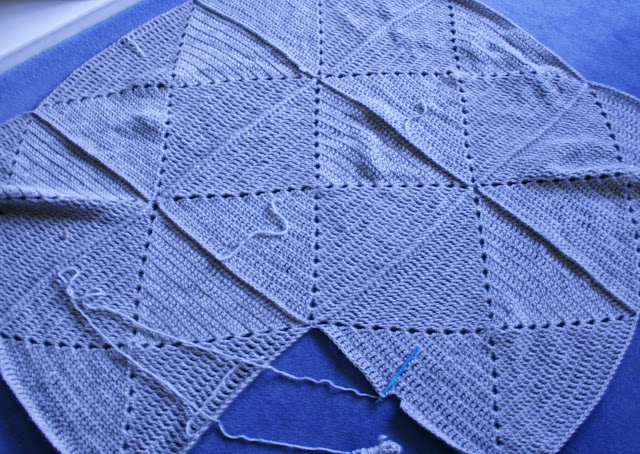 If anyone happens to have a spare ball or two of Patons Silenzio Chunky in light grey laying around somewhere and is up for selling it to me, it'd be really, really great! 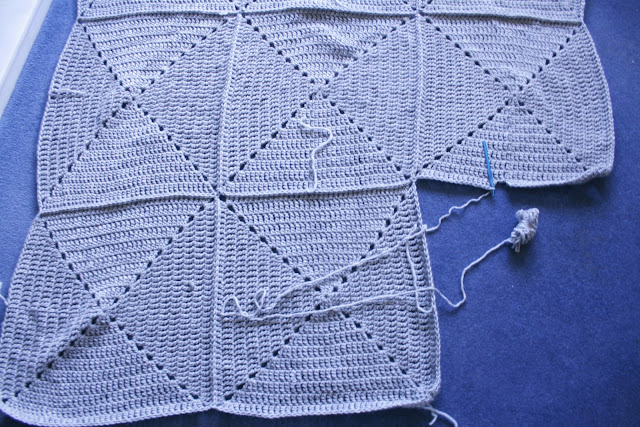