I know, I know, it's nearly a month since I went to Paris and I'm still posting pictures from my trip.
Anyway; we went to see Notre Dame, all three of us, Nadia and Fiona and myself had been to Paris before and had seen a lot of the more famous touristy things, Nadia seems to be visiting Paris every six months of so at the moment. So going to look at Notre Dame wasn't really something new for us. 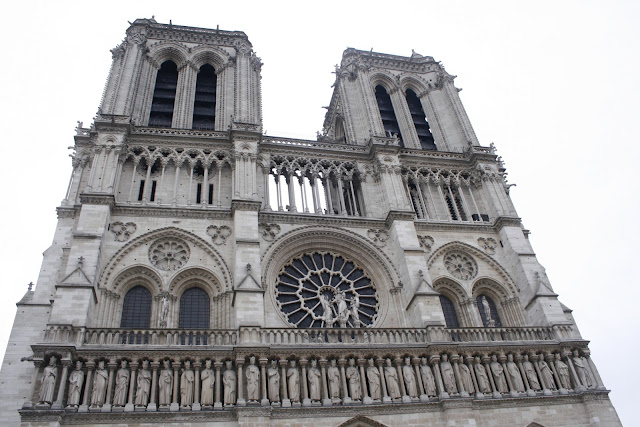 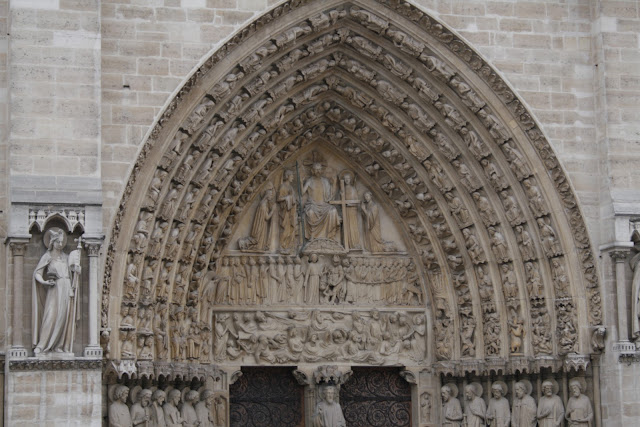 We were staying near to the Sorbonne on the left bank (I feel like it's south rather than left though) so we stopped by the square in front of the Church to take some pictures . 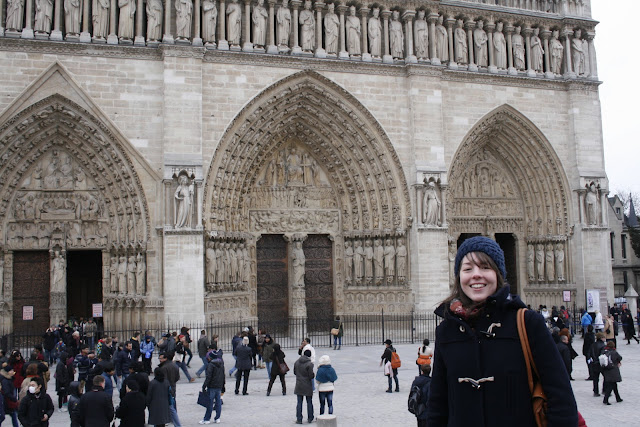 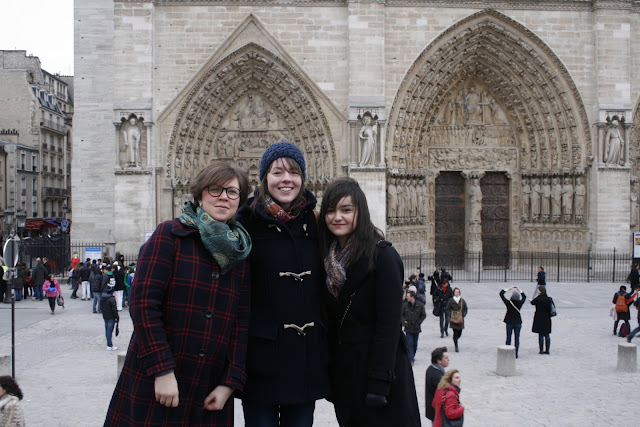 Around the side of the building, in addition to the long line snaking from the front doors was a queue to climb up the towers. None of us had ever done this before so we decided that this would be one of the toursity things we'd do. Not wanting to wait in line on our first morning in Paris when we had so many fun and exciting things to do, we hatched a plan to come back half an hour before the towers shut at five. This should give us plenty of time to fit in wondering around Paris and having fun before we joined the line. We went off and looked at many Parisian things and visited the Louvre before marching back to be in line at half past four. Well, friends, we just missed it. As we were approaching the queue, in sight of the the finish line of our self-imposed fast-walk from the Tuileries, the lady in charge shut the line. A sign was placed behind the last people informing us that they were the back of the line and no-one else would be allowed to join. 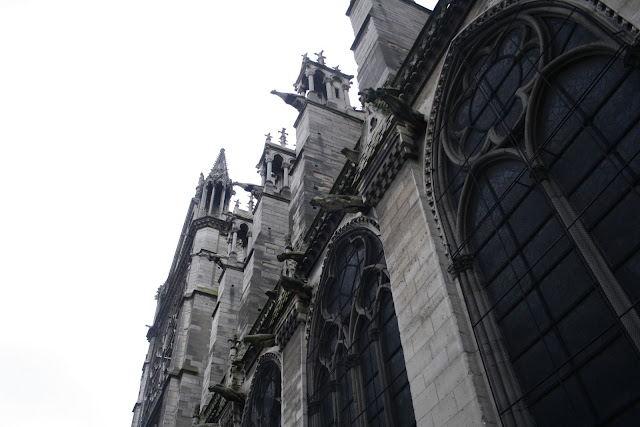 Disappointed but also rather cold we headed off in search of crepe and chocolat chaud vowing to return first thing in the morning.

Finally, Sunday morning, on our third attempt we managed to make it into the building and up the towers!
I'm really rather glad that we waited until then as we saw the only sunshine and blue skies of the whole weekend while we were at the top. 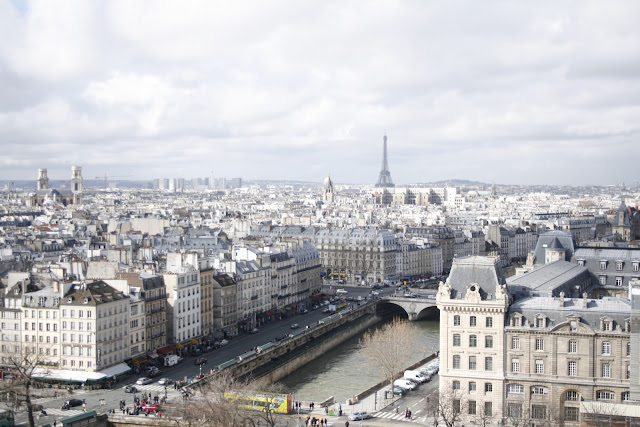 The views over Paris were amazing; I've really had to limit the amount of pictures, because I could show hundreds. 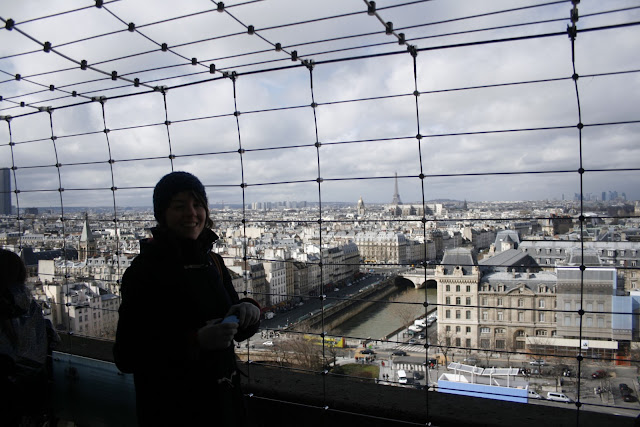 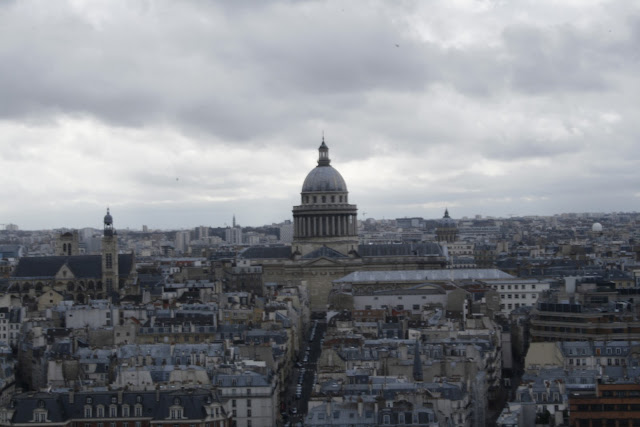 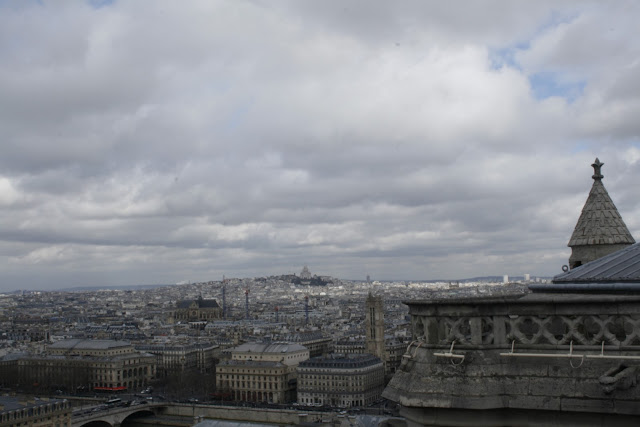 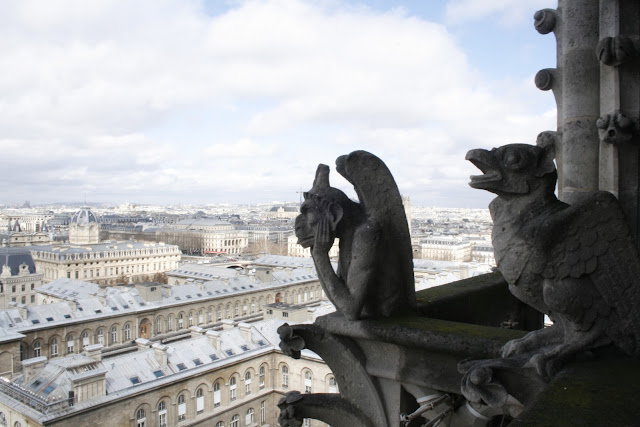 Notre Dame itself is a magnificent  building, the two large towers at the front form a sort of façade and the shape of the church with it's many spires is hidden, but from the top, the many details and plans can be seen. I was especially intrigued by the many grotesques and gargoyles  lurking around the edges of the towers, there were a lot of different types of both real of mythical creatures alongside angels and biblical scenes. 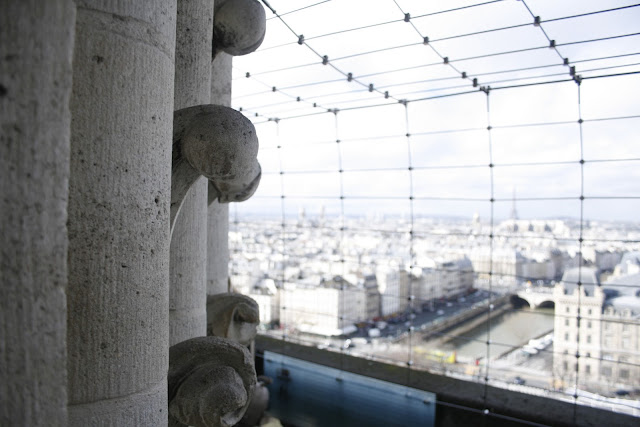 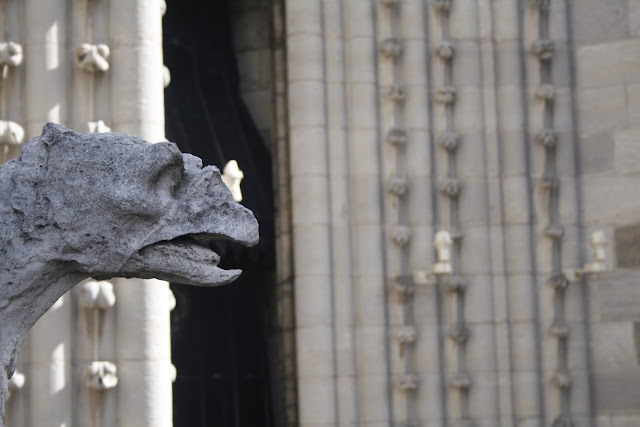 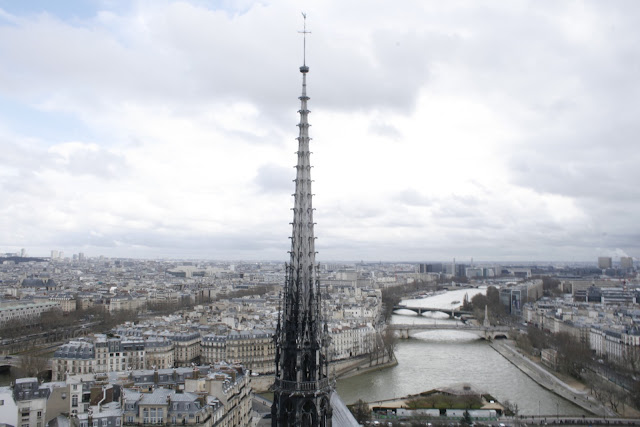 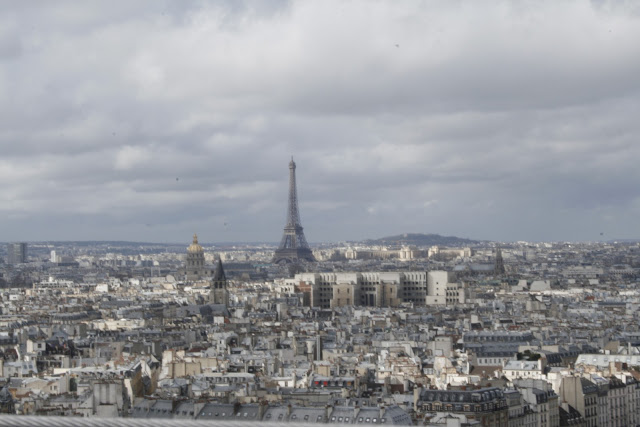