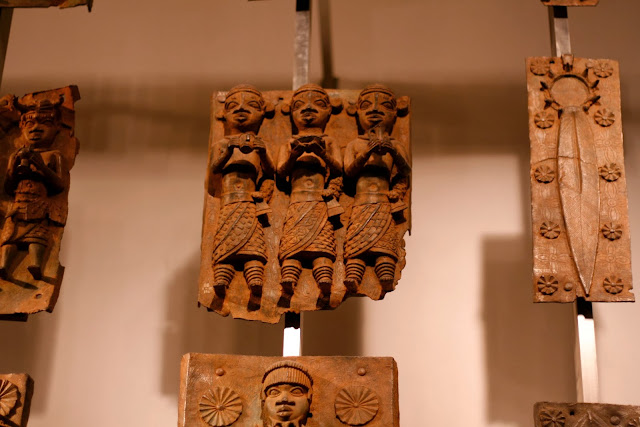 I was in London last weekend and had a few hours to spare before  getting my train. I headed for the British Museum, I've never been before. It holds so many incredibly famous historical artefacts and important pieces that a lot of the museum felt familiar. 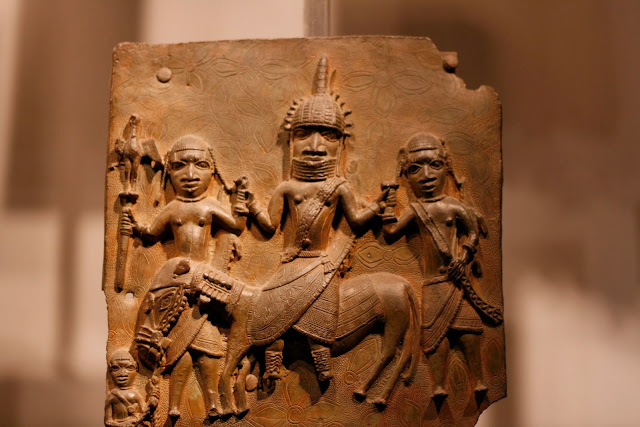 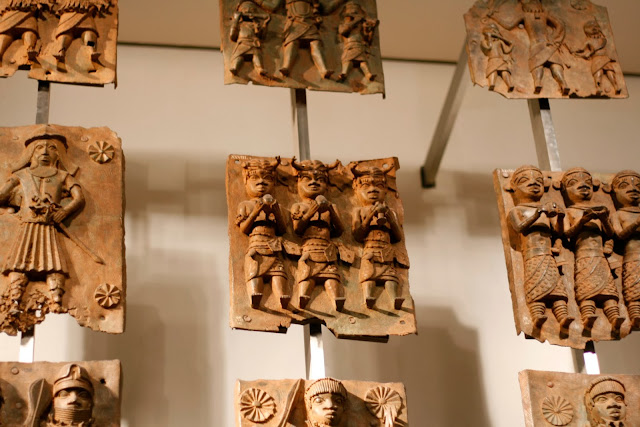 I've wanted to see the Benin plaques for years but it wasn't until I turned the corner in the Africa gallery and saw them directly in front of me that I remembered they were kept in the British Museum. I think one of the first times I'd heard about the plaques was through the "History of the world in 100 objects" series that had focused on objects held by the British Museum.
The Kingdom of Benin has fascinated me ever since. 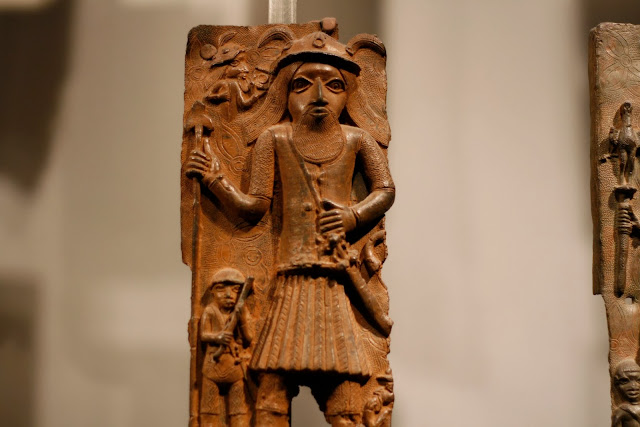 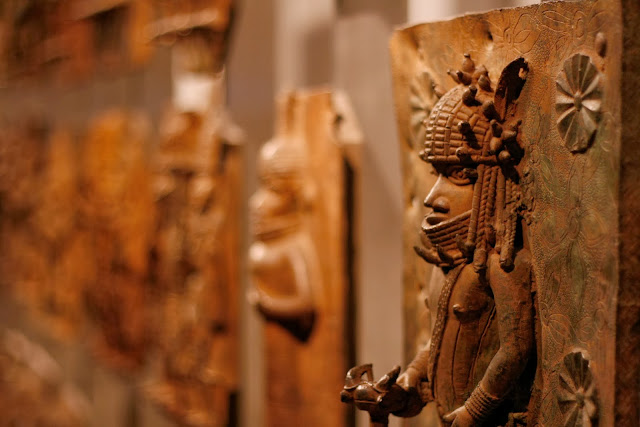 These plaques were stolen from Benin (in modern day south Nigeria) in the 1890s while British forces were conquering the area. There are though to be 1000 of these brass plaques which originally covered the Oba's palace. They show typical scenes from the court life of the time including European, probably Portuguese, traders. These are the figures with  flat strips of hair coming from either side of their heads. We know now that the traders were also spying on the Oba's court and keeping very detailed records of defences and riches. 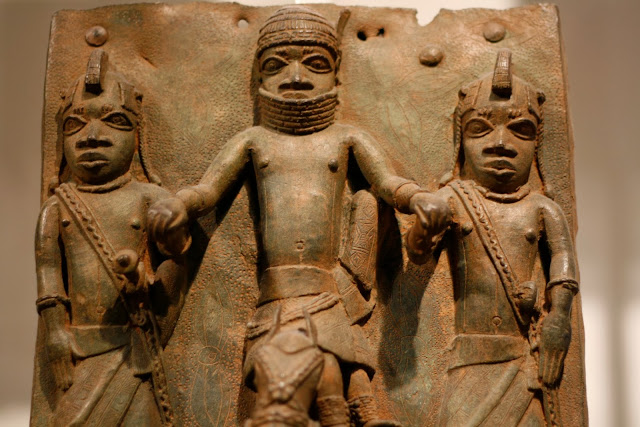 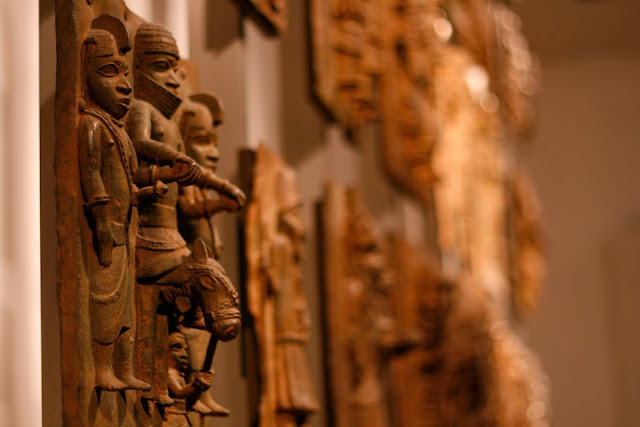 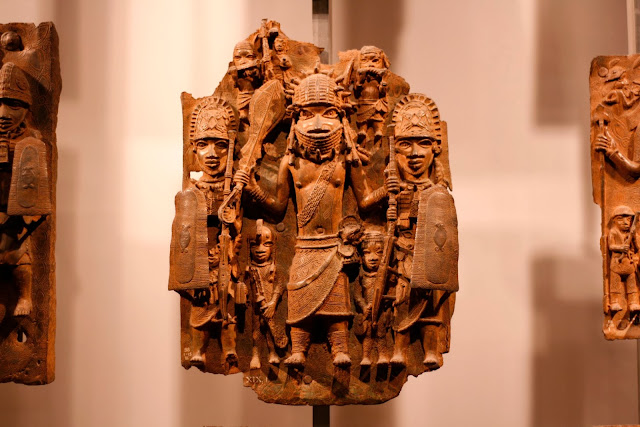 I have a whole mixture of feelings when I see the plaques. They're infinitely detailed and beautifully crafted, they clearly depict precise parts of life in west Africa and yet the reason I can see them so freely is because they were stolen. They are, to me, a symbol of the theft of land, belongings and identity of thousands of African people by Europeans, in which group I count myself.
Yet I am also someone who loves west Africa 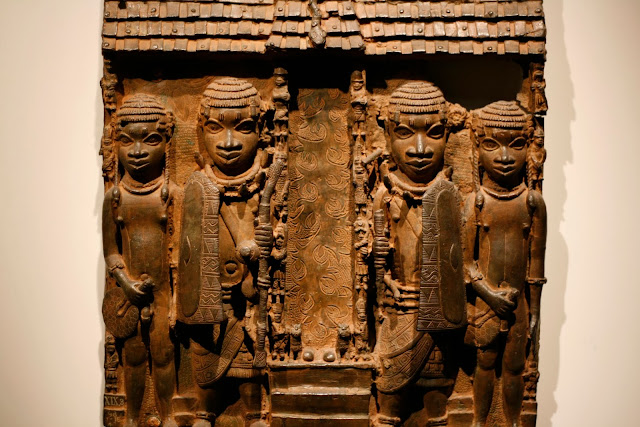 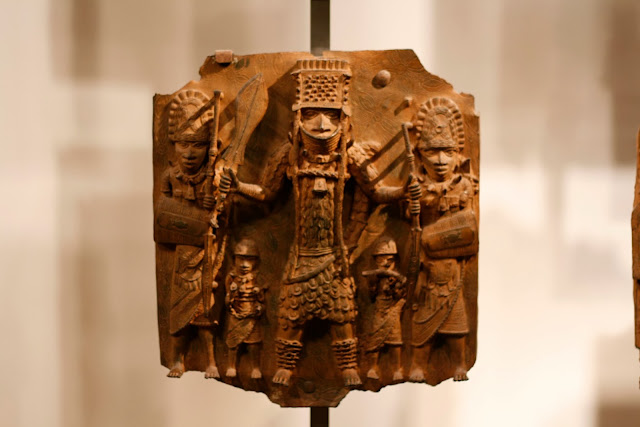 The kingdom of Benin is one of the prescribed ancient worlds that can be chosen to study in key stage 2 (juniors) in the world history part of the National Curriculum. I've never been into a school, in the two years of supply teaching I've done, that has chosen Benin or the ancient Indus Valley civilisation located across the India Pakistan border. Schools routinely choose the much more familiar Egyptians or occasionally the Aztecs or Maya.
While I was in the gallery, a tour guide was showing around a group who were connected to a Black History study centre, he was powerfully describing the talents of ancient people in Africa and how exactly they had been betrayed and conquered by Europeans.
As we near the end of Black History month, I wonder if we are as fair and open a world as I like to believe. 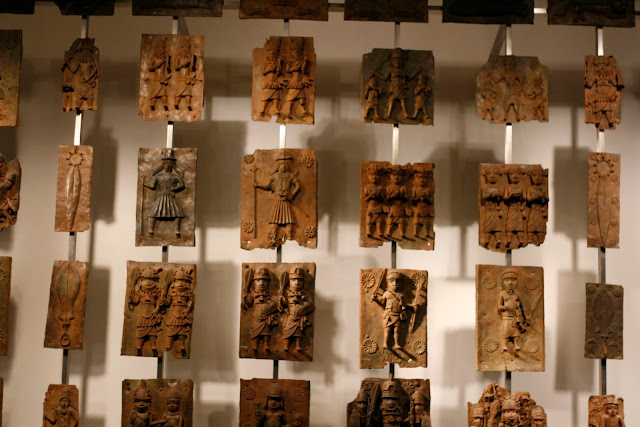 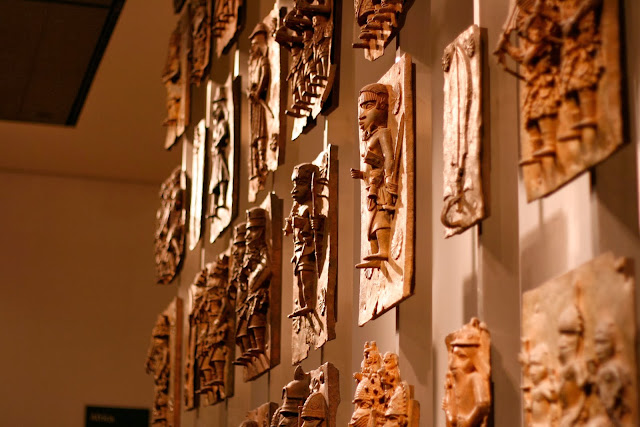