I've recently got back from a rather busy week travelling around Israel, Jordan and Palestine, I had an amazing, thought provoking time and took thousand of photographs.
One of the things I was keen to experience was swimming in the Dead Sea. Besides the fun element of bobbing around in in incredibly buoyant water and knowing you're on the lowest point on the face of the Earth ( as our hyperbolic Lonely Plant was keen to point out) I wanted to see if it would have any effect on my skin.
I have had psoriasis for the past 15 or so years and it gets pretty irritating as well as being quite sore on occasion. Apparently the German healthcare system send psoriasis patients on regular treatment visits to the Dead Sea ( more information gleaned from the Lonely Planet). Unfortunately I don't think our few hours of floating had much effect, I did buy some good quality mud though so I'll have to experiment with that too. 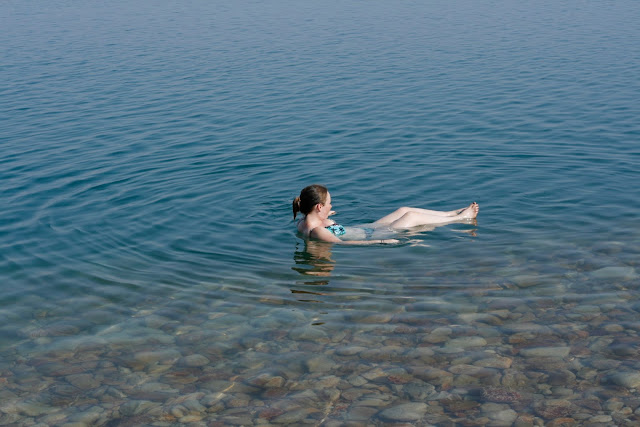 The water was very clear and very, very still. The air was slightly hazy, we could see across to the other side of the sea to Jordan clearly but looking north or south there was no visible horizon 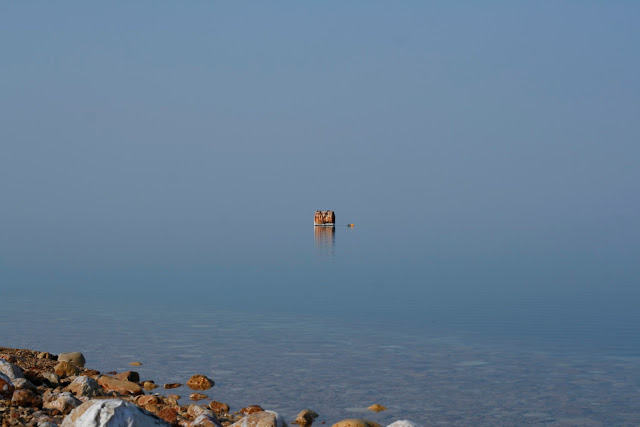 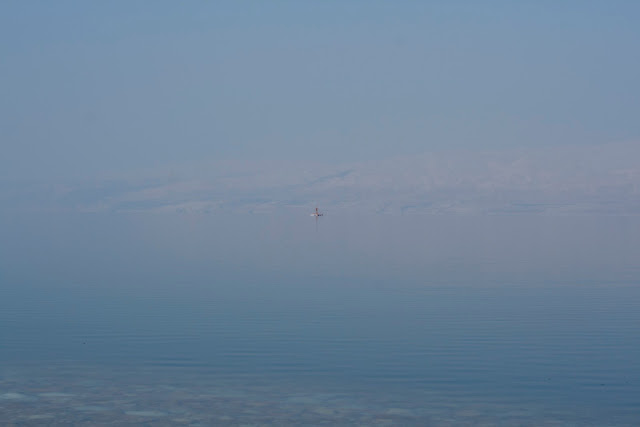 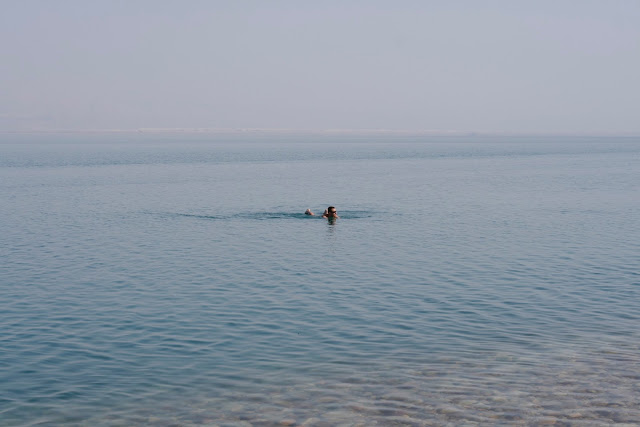 Though there were quite a few other people around and in the water it was so still. It was the hottest place we visited and the water wasn't much cooler than the air so it was rather like floating in a vary large, warm bath into which someone has emptied too much bath oil. The water is, of course, very salty but it isn't something you can feel, instead it feels oily, there are patterns within the water that look like oil and water moving together.
I felt like I had to take the clichéd picture of reading while floating, so here I am reading White Teeth in the Dead Sea! 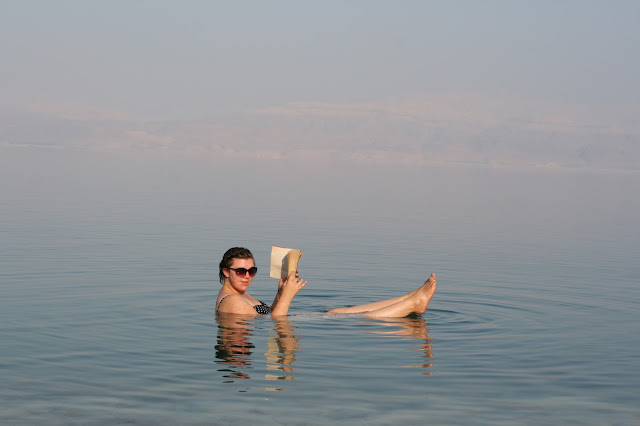 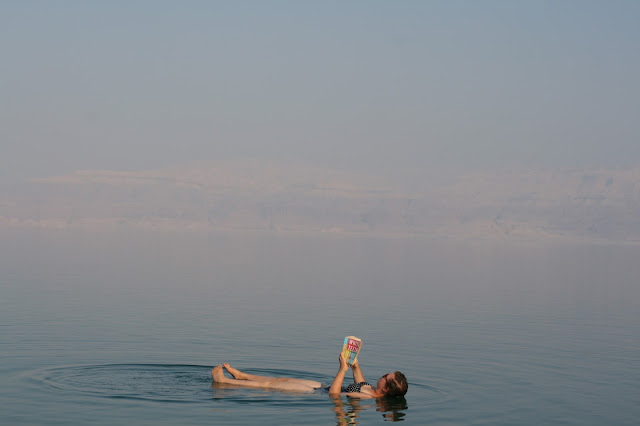