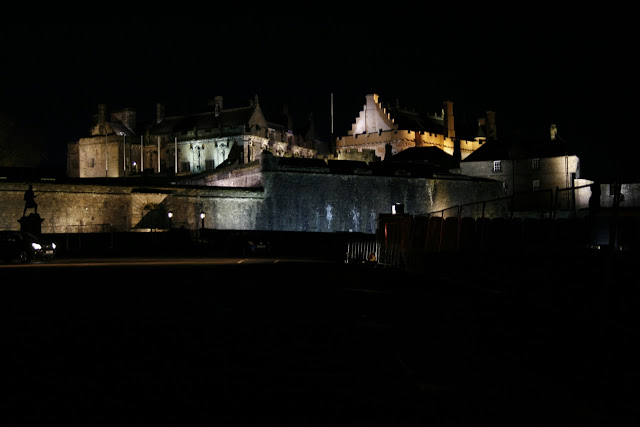 Stirling Castle is amazing, a huge stone built edifice perched on top of a rocky outcrop, it looms over the surrounding countryside and town. We visited twice, first after dark on the evening of our arrival in Stirling when these long exposure shots were taken and then again the day after to go inside and find out a bit about it.
My general knowledge of history is not great and there was an awful lot of information to take in here, lots of Kings called James to try and sort out in my head. A couple of facts that I have remembered are that Mary Queen of Scots grew up here and that a man, who was some sort of King's entertainer/scientist built himself wings using chicken feathers and tried to fly to France by jumping from the wall that this picture below was taken from. He landed in a pile of manure but lived to tell the tale. 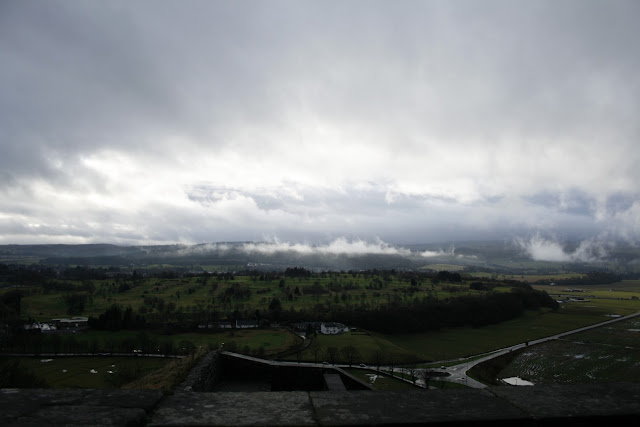 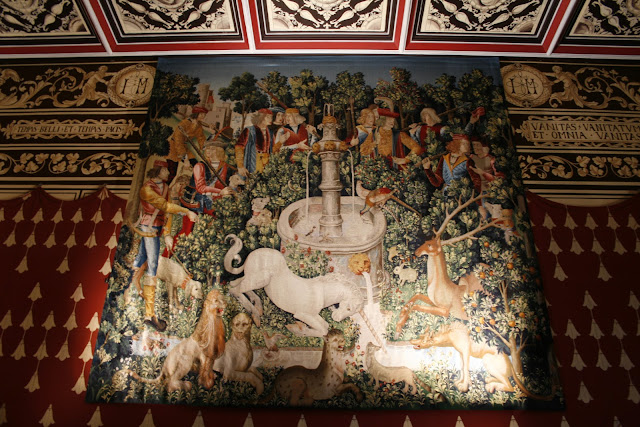 Quite a lot of the interior of the Castle such as this tapestry and wall painting is reproduction as it had been used as army barracks for a long time before being preserved. 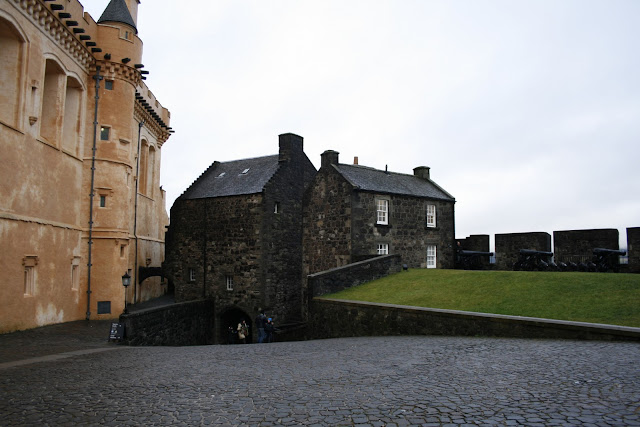 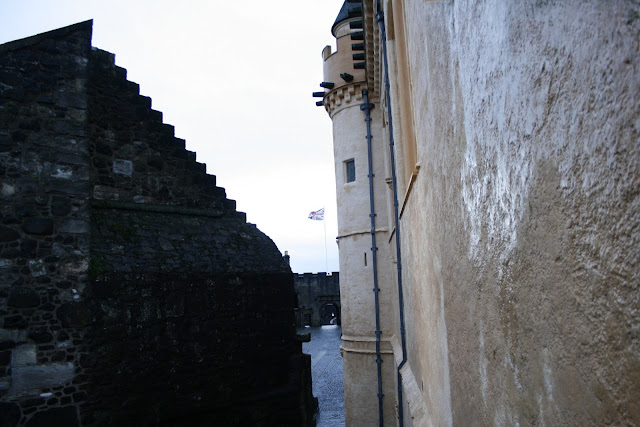 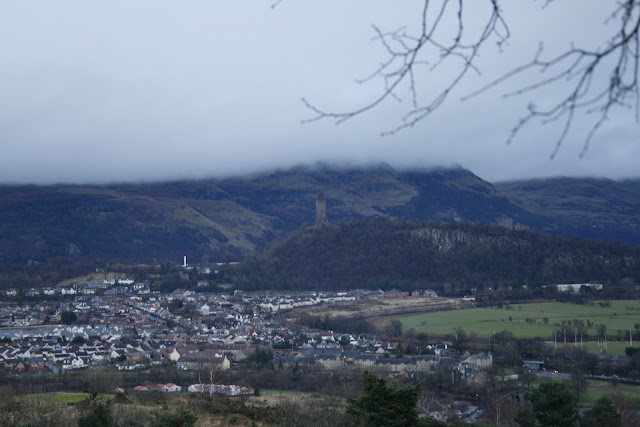 The Wallace Monument as seen from Stirling Castle, we didn't make it up there but admired it from afar.
Posted by Helen at 27.1.13