I've been getting a lot of traffic recently looking at a post from last December about a shadow puppet nativity at my previous church.
I thought I'd show a couple of different pictures and share how the puppets were made. 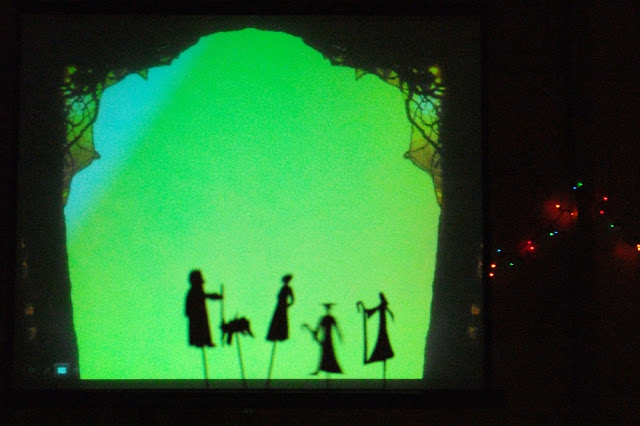 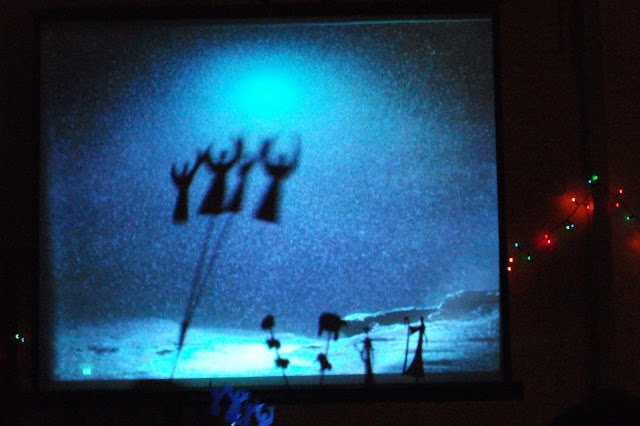 The puppets were made by teenagers at the church. They drew the outlines for the characters from the nativity then cut them out and attached them to thin sticks. The back ground were simple images taken from google images and some which are basic backgrounds available on power point.
The church holds their meetings in a village hall so the projector and screen are not fixed on the wall or roof . This made it more simple to hold the puppets in front of the projector than it might be in other situation.
The teenagers read out a nativity story while using the puppets to tell the story.
It was a very affective story telling and a great idea for a group of  who like making things but are not particularly fond of dressing up and acting. 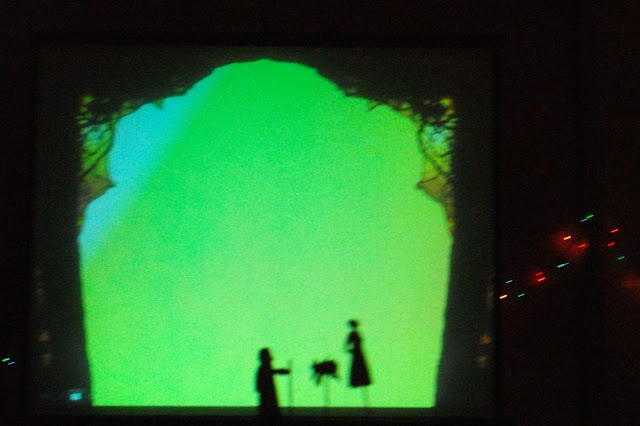 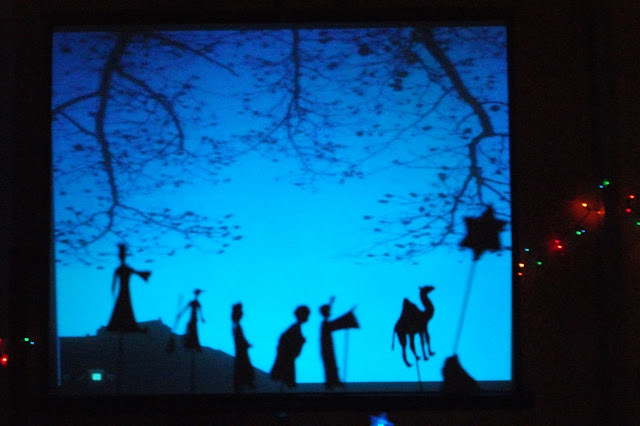 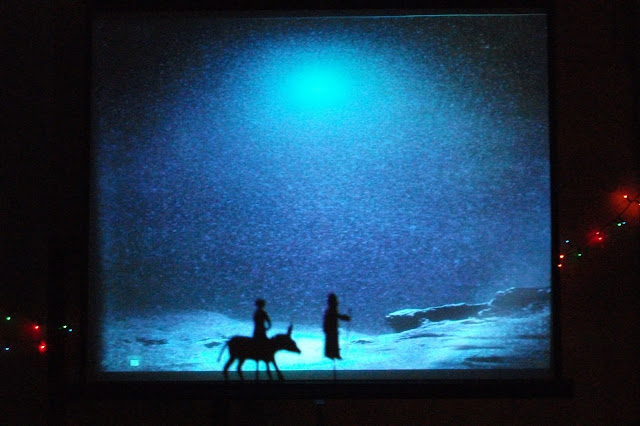 This church meets at 4pm so it was already dark when this was on, it might be tricky to do in the morning.
Posted by Helen at 15.12.12