I've written before about Lyme Park. This stately home and park land was used as Pemberly in the BBC version of Pride and Prejudice in the 1990s and has been a place I played in often as achild and now regulalrly go for walks in. It was also where I saw this stag.
This tower stands in the park, not far from the house. Apparently it was originally a hunting lodge or folly where the family and guests would retire for drinks or lunch after a morning's hunting. It was also used as a lock up for poachers who were caught stealing local livestock. 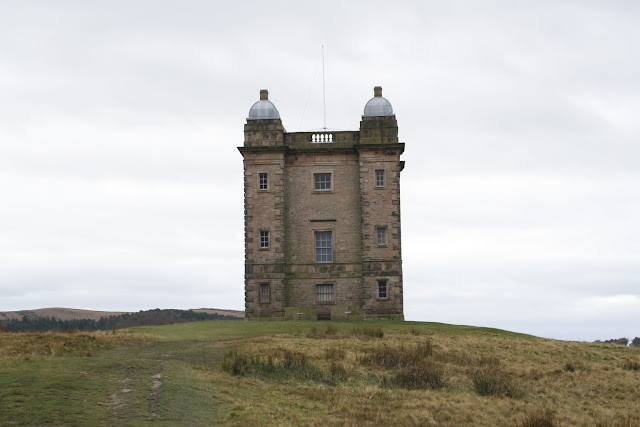 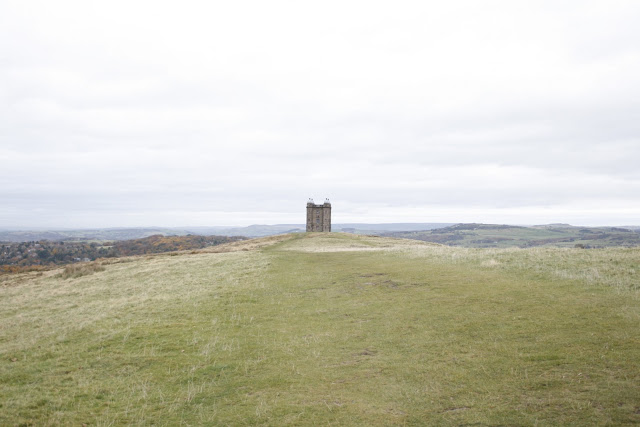 This ridge runs from the house which was behind me when I took the picture, up to the cage. It is always windy here so when I was small we'd often go and fly kites here and always ended up in a big tangle. 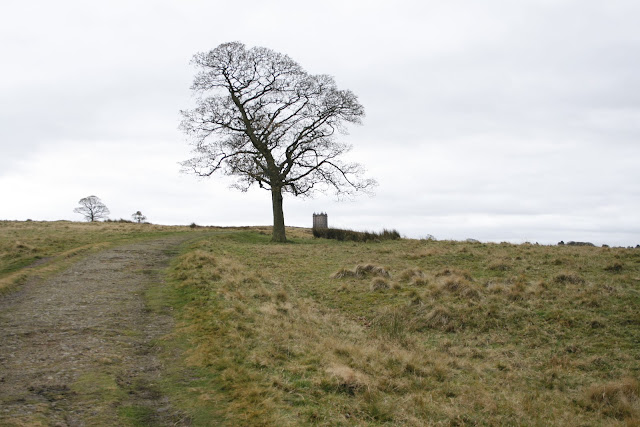 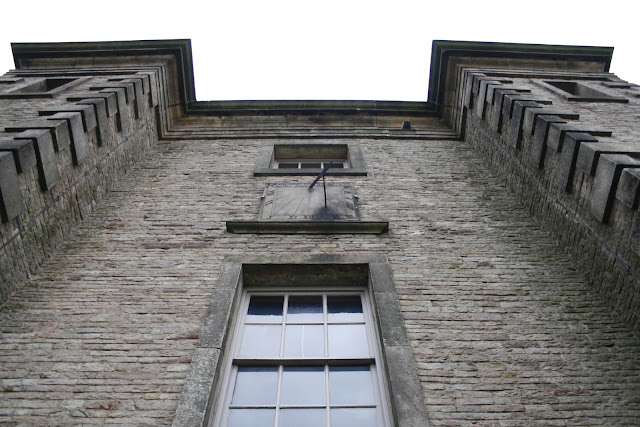 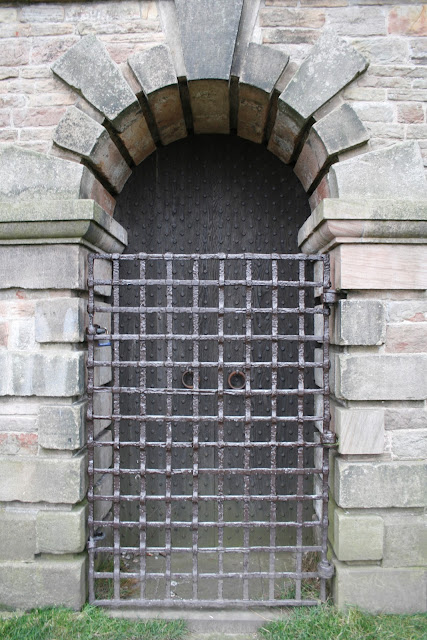 It a fairly daunting looking place. I wouldn't want to be looked in there for a night!