While in Ghana, I spent time at Neesim Nutrition Centre which is part of Project Share.
Though some of the children do arrive at the centre looking very poorly it is amazing to see what a difference can be made within a few weeks 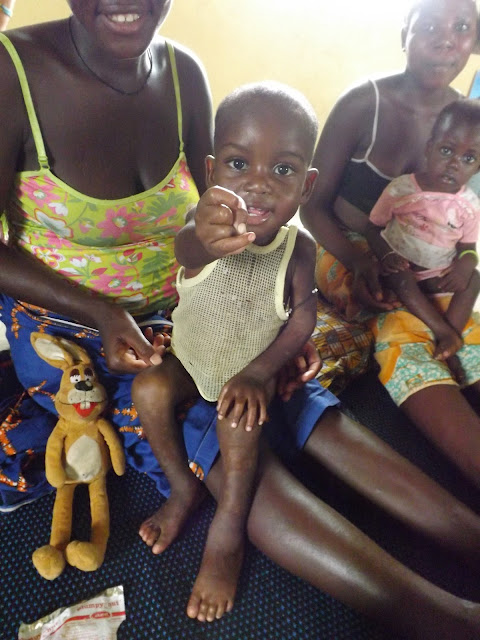 This is Jacob, he is 3 years old. He arrived at the nutrition centre the day I arrived in Ghana. He had oedema, swelling in his feet, legs, hands and face caused by a lack of protein in his diet. This swelling had caused his skin to become weak and had started to split and peel leaving him with red, open flesh on his legs and bottom. His mother said that this had been aggravated by her carrying him on her back to the centre from her village. He spent a few days in the nutrition centre but as his legs were still bad and he was in a lot of pain he was referred to the hospital where his wounds were treated and dressed. We visited him and his mother in the hospital several times, he was still having the same feeding programme as he would've received in the nutrition centre and the oedema in his hands and legs was reducing. After a week or so in hospital he returned to the nutrition centre.
This photo was taken on my last full day in Ghana. You see some scarring on his legs and arms but in general this is a happy, cheeky young man who is starting to behave in a way you would expect of a 3 year old (tantrums included). His face is fuller and he was interested in the world around him and very taken with the camera. 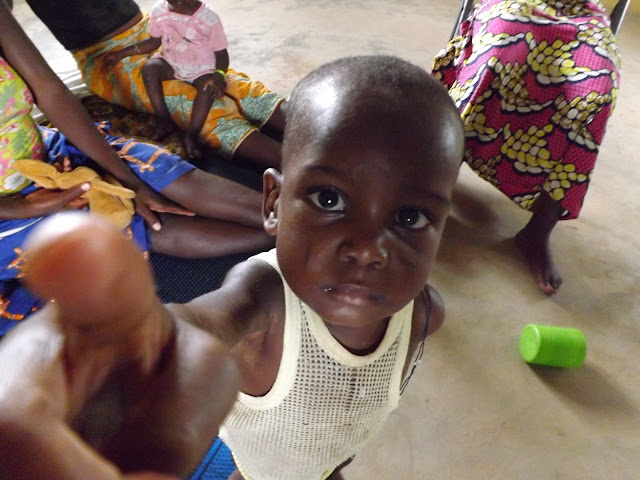 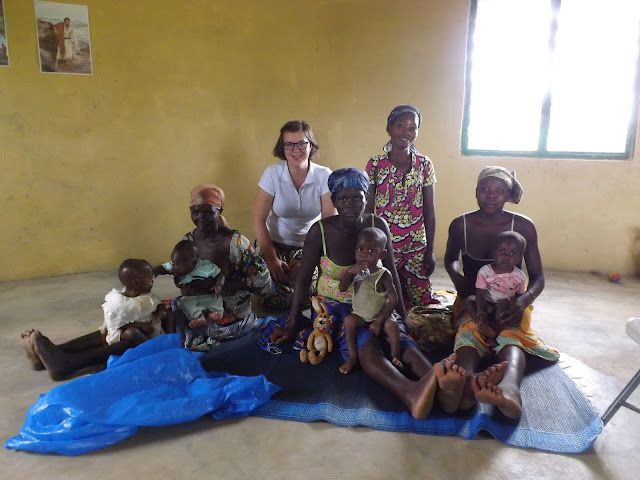 As well as treating children's immediate need, the nutrition centre also runs an education programme for the mothers, making sure that these women know about things such as healthy eating, hygiene, sickness prevention, basic healthcare and birth control. 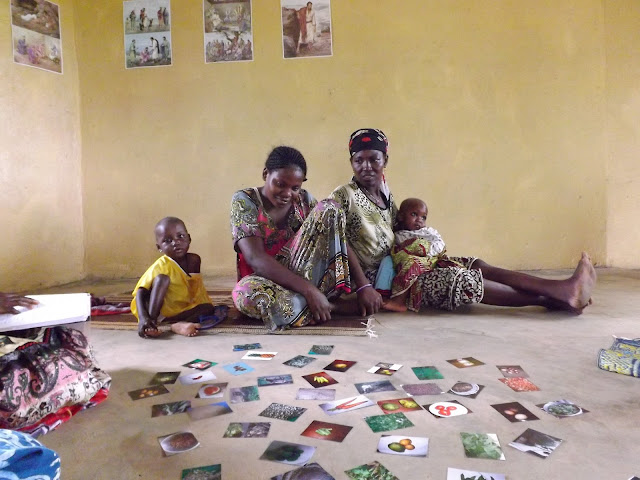 Here the women are putting together balanced meals with pictures of different locally available food. 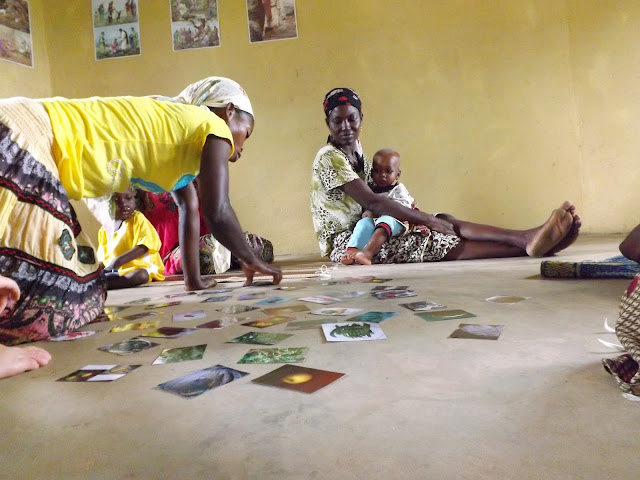