It's no secret that I am more than a little bit enamoured with the band Hanson, in December I saw them at 3 gigs in Manchester, Cardiff and Solothurn in Switzerland. One of my hopes for the tour before I went to the shows was that I would be able to get a picture of myself with Isaac. In my many years of stalking seeing Hanson I'd never achieved this. I have photos of Zac with me and Taylor with me and I also have a couple of group pictures but Isaac had eluded me. I was determined that 2013 would be the year of Isaac.
Manchester was a wash out. Due to incredibly high winds the planned walk that Hanson often does before shows (to raise money and awareness for  various poverty relieving causes like well building, setting up schools and funding ARV drugs and research) was cancelled and as it didn't seem likely they'd be around signing afterwards, I left soon after the show
Cardiff was much more successful. The day was bright and beautiful and the planned walk went ahead without problem. I targeted Isaac to walk near, we had an interesting chat about the rise of AIDS in Brazil and India and how denial of the issue makes the problem worse.
I asked to take a picture with him, he took my camera and snapped this beaut! 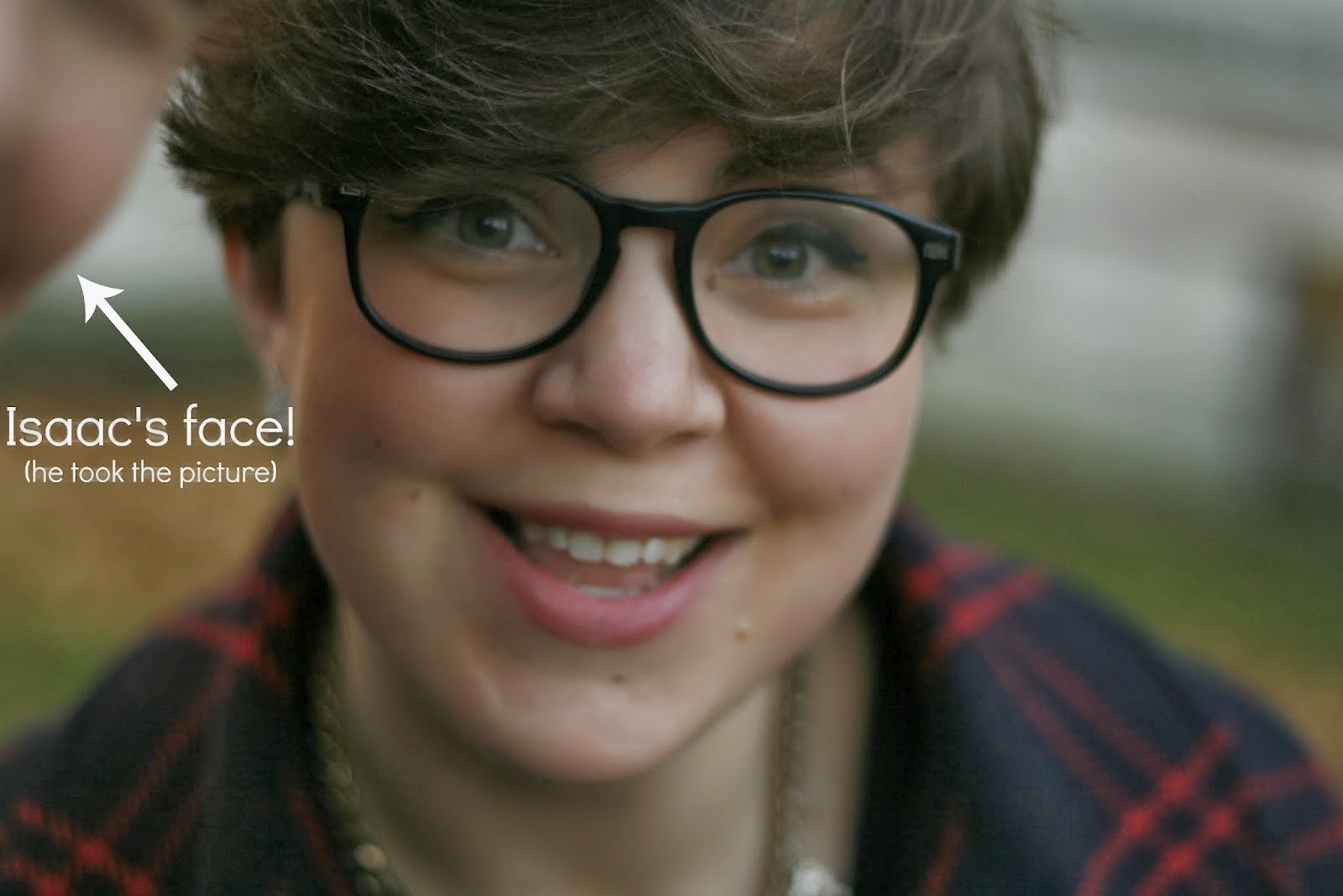 Unfortunately my fixed camera with attached 1.8 lens is not great for selfies so I handed it to a girl wielding a DSLR hoping she'd know what to do 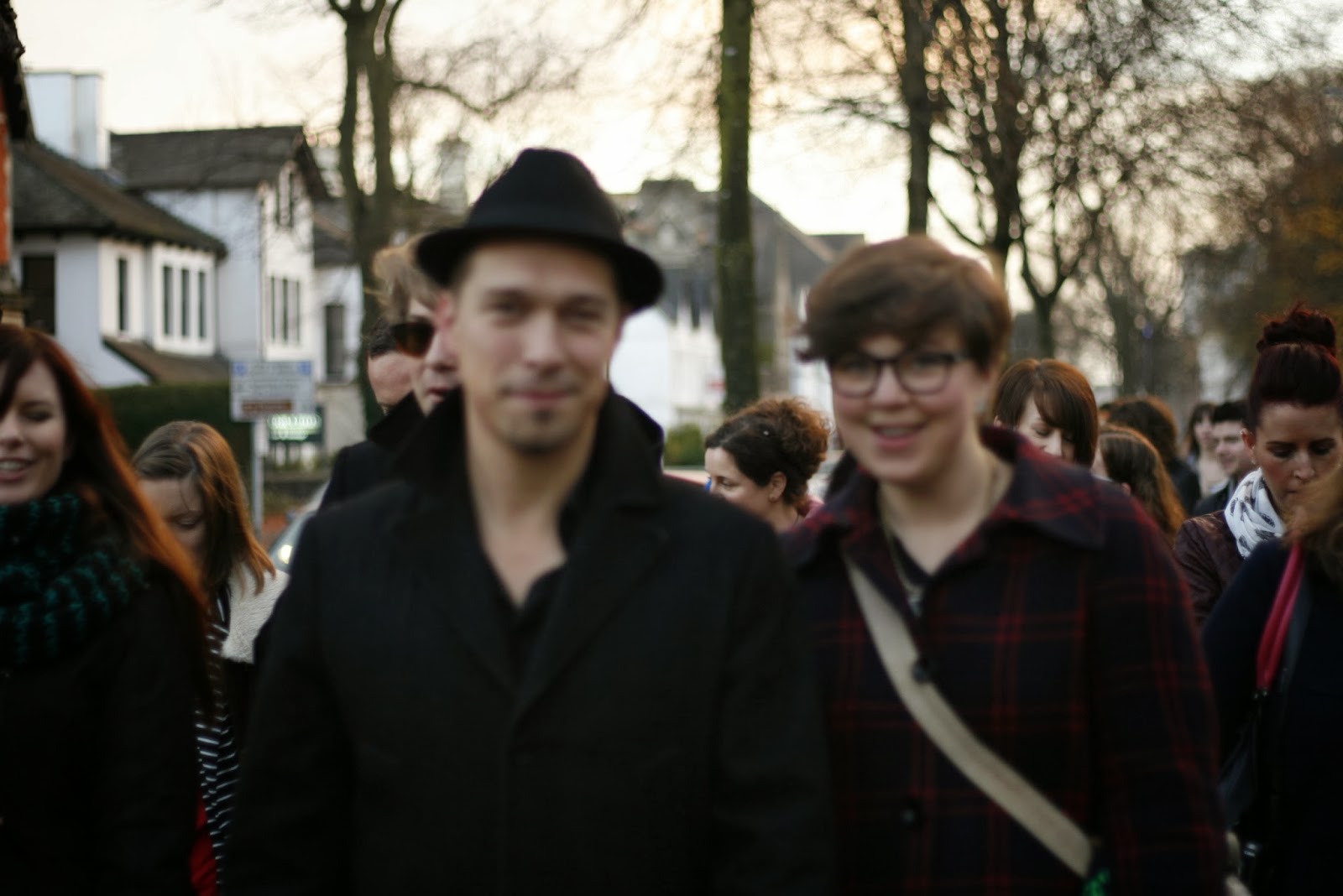 The resulting picture is quite sweet but has the wrong focus so not really great. 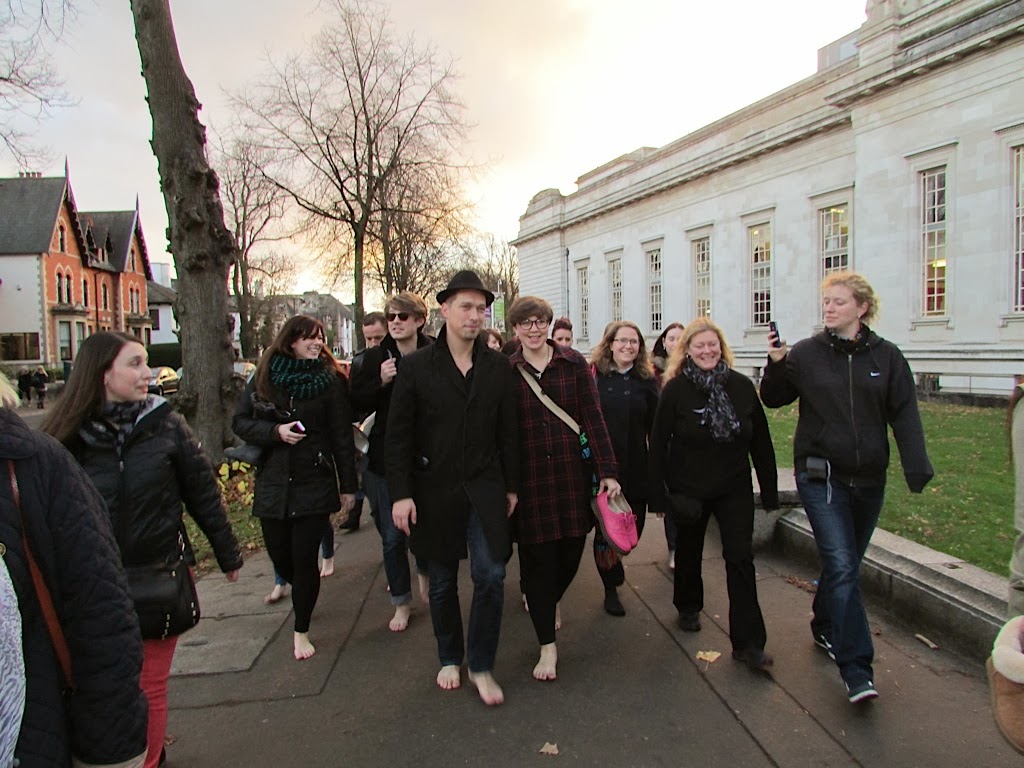 Another girl I got chatting to later at the show sent me this of us posing together which is pretty sweet.
I had a really great time in Cardiff, I'd never been to the city before and was really pleased to be able to complete the list of British Isle's capitals, having previously visited every other capital. My youngest cousin is at uni in Cardiff and I had really lovely day hanging out with her, the show was at the student union and she came with me to see Hanson play that evening.
After the show we waited around for Hanson to come out and sign and met both Isaac and Taylor. I don't find the flash on my camera to be particularly reliable so I asked a girl I'd been standing with to take a picture with her iphone. 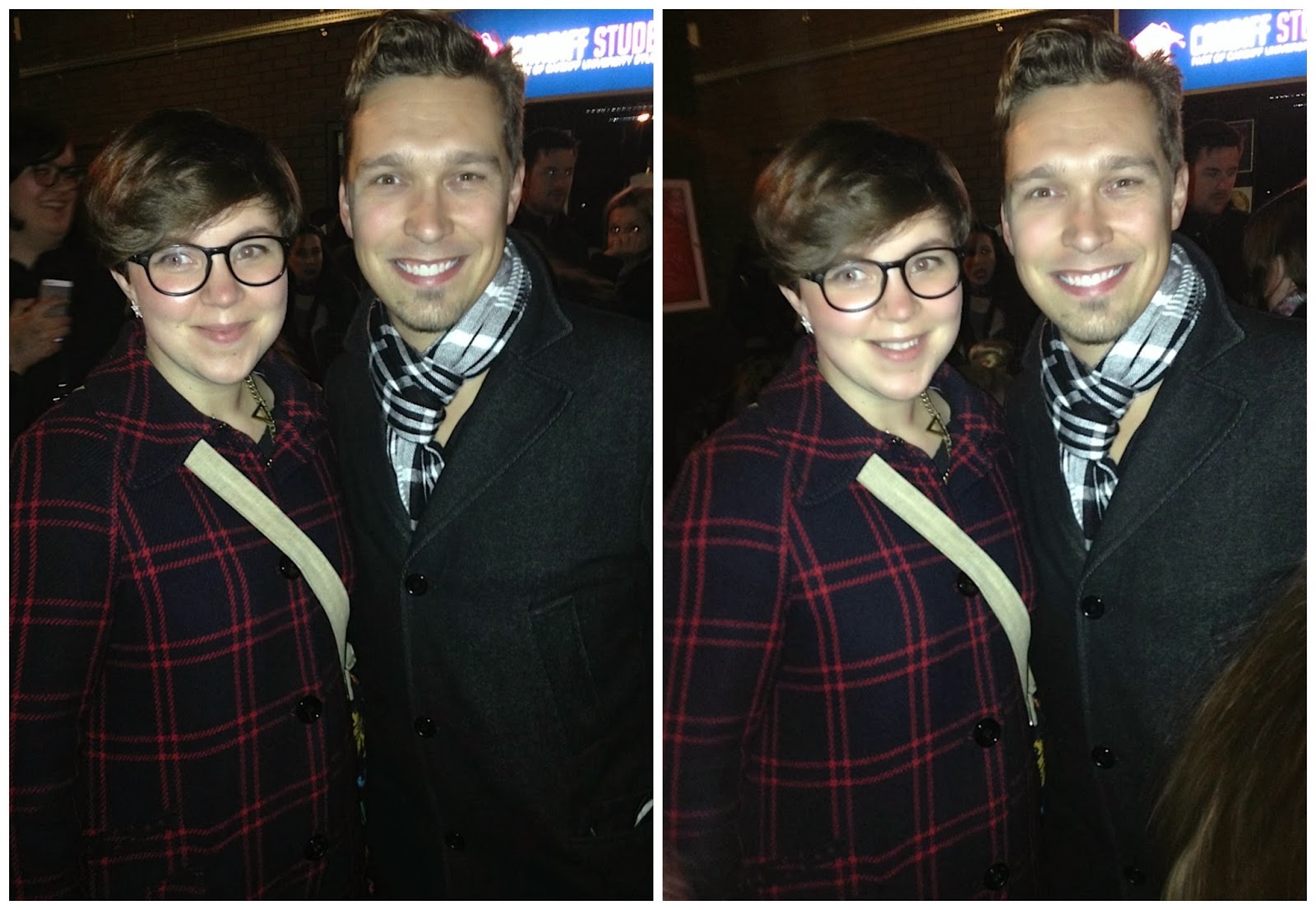 I'm really pleased with these pictures apart from the slightly odd red eye that makes it look like I'm not looking at the camera but instead off to the side.
A week later it was off the Switzerland for the Solothurn gig. The Walk was cancelled there too due to the sub zero temperatures (not sure what they were expecting in Switzerland in December) but they came out after the show and I got a couple more pictures. Apparently I'd handed my camera to the only drunk man there, I know a DSLR can seem like a tricky thing to use but even on auto, the pictures are quite weird 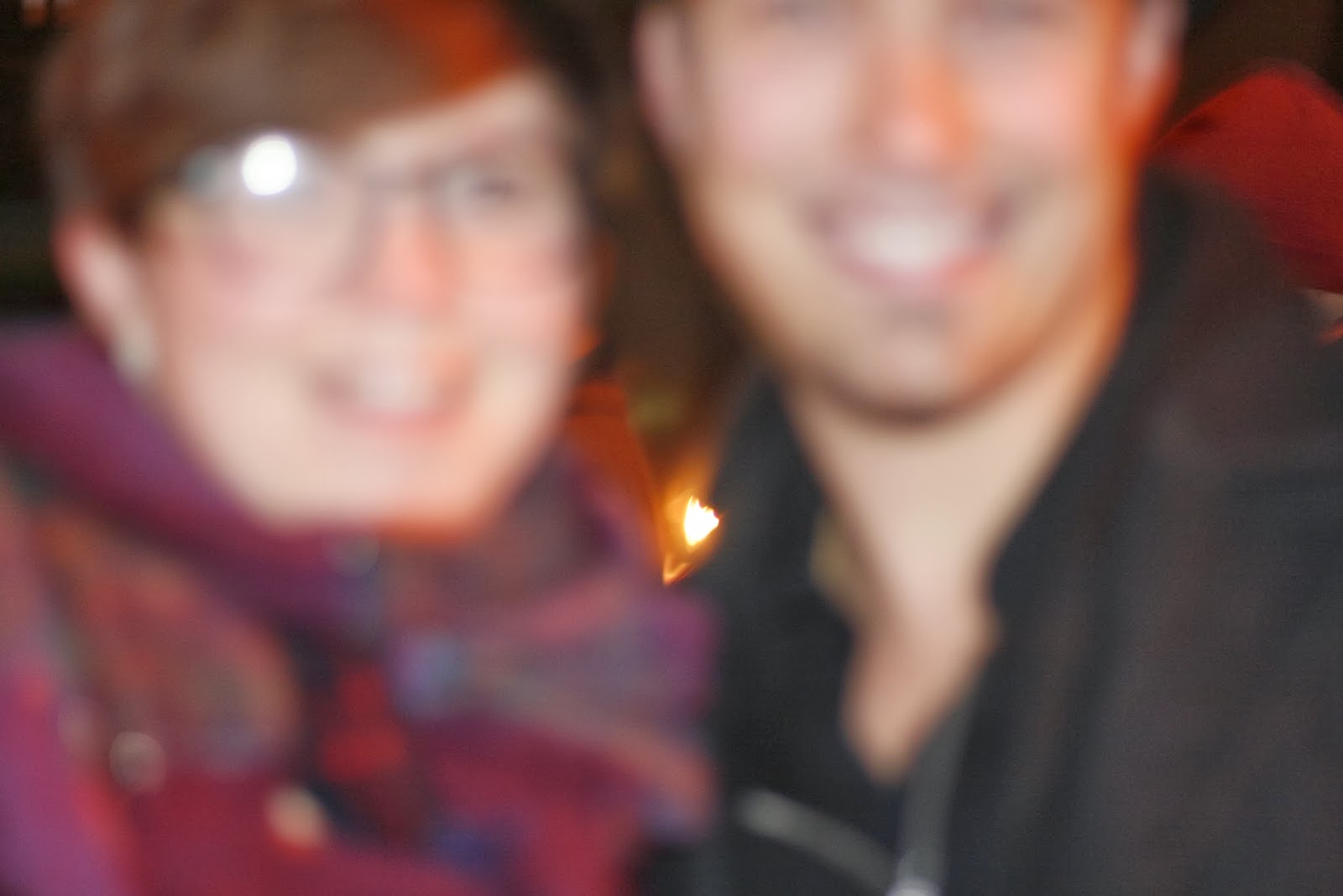 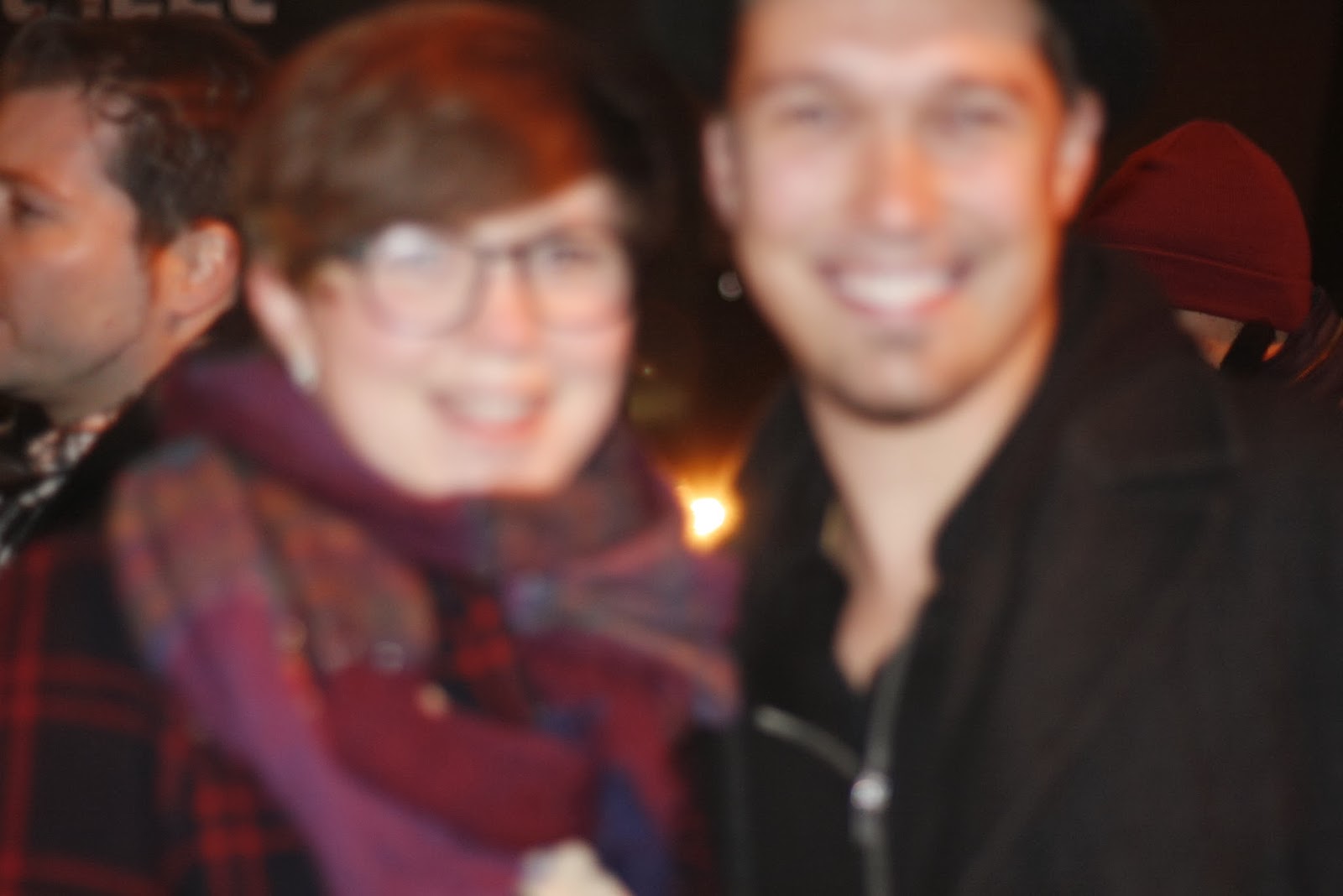 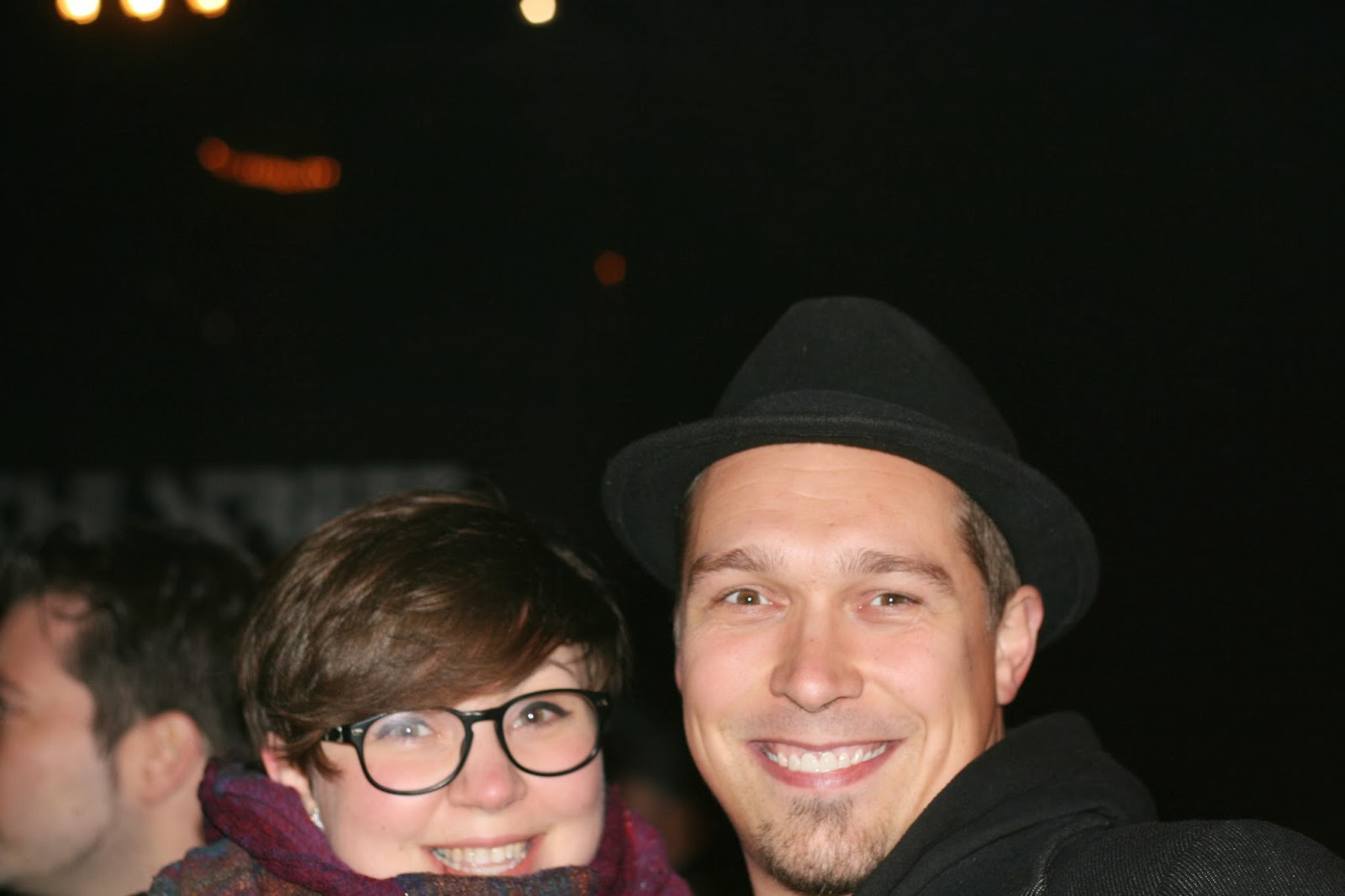 I'm really pleased to have all these pictures taken with Isaac and even if none of them are as clear as the photos I have with Taylor and Zac taken with point and shoot cameras, the amount of effort involved in these pictures makes them worth much more to me
Posted by Helen at 25.1.14