Behind the scenes at Worthing Birdman

On Sunday my friend Kathleen and I took part in Worthing Birdman. I'm going to split up the pictures I've got because there are quite a lot!
We got to the pier just after half ten on Sunday. It did not look like a promising start to the day, there were a couple of brief but heavy showers, the sky was dark and made the water look uninviting.
Other competitors arrived throughout the day, it was so much fun to see everyone's costumes! There are three categories of flyers, home made aircrafts, fun flyers(us) and serious competitors with modified hangliders. For our category the judging was based on costumes, platform routine and distance.
There was a lot of camaraderie with the other flyers, almost everyone was nervous so there was much discussion of technique, what was the best way to enter the water, were you taking your craft with you etc. 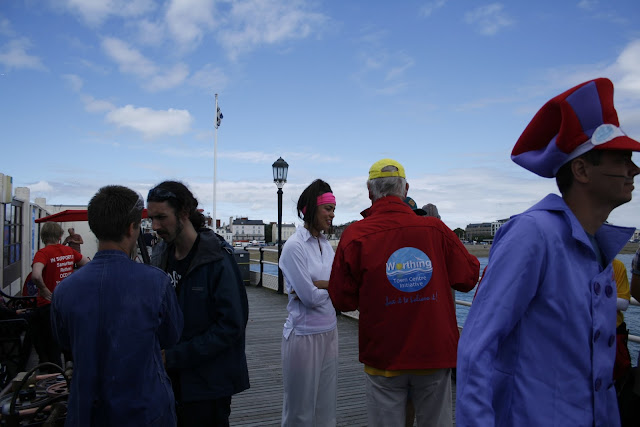 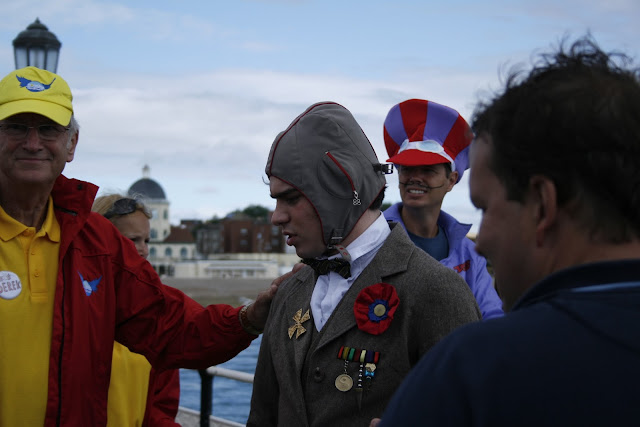 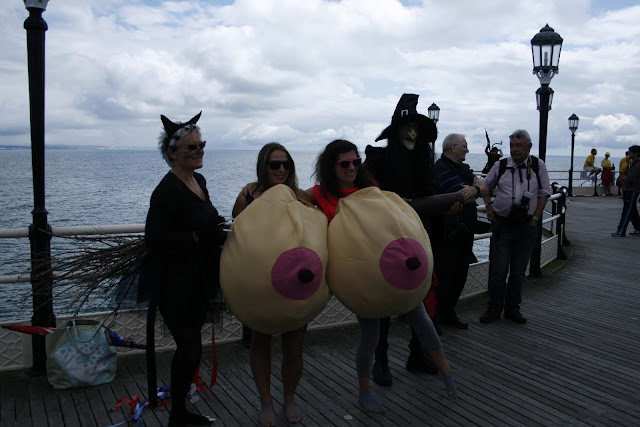 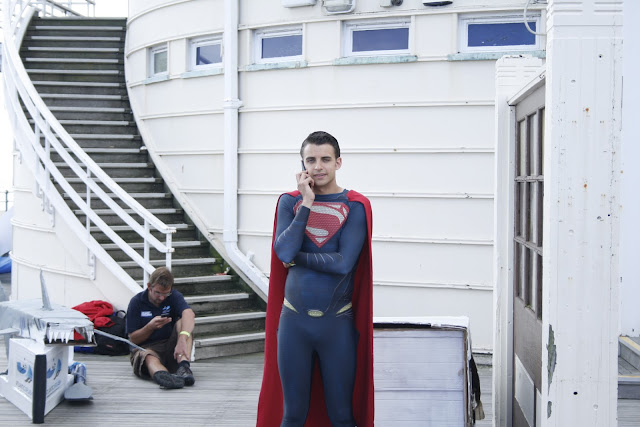 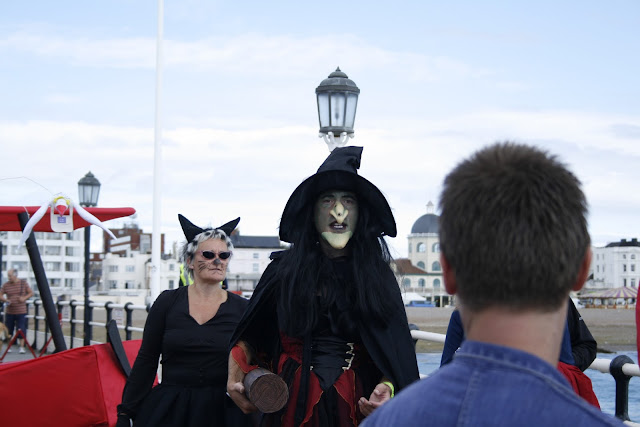 Most other entrants in our category were raising money for charities too so there was also discussions about that and why they'd chosen their costumes. The pair dressed as Dastardly and Mutley were rasing money for Canine Support Animals , the girls dressed as giant boobs were raising for Breast Cancer care. We were fundraising as Aladdin and Jasmine as Aladdin was a street child just like those whom Retrak supports. 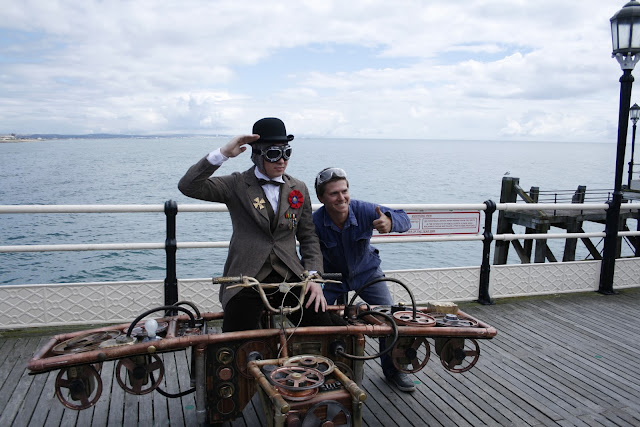 There were also two entrants from an Australian children's tv show. This gent here in his bowler hat and the girl near the top in cricket whites are making a programme where they travel around the world entering bizarre competitions, there's a chance Kathleen and I will feature on Rookies on the Run on ABC at some point!
This amazing, steam punk inspired flying machine was made largely of recycled materials and was very impressive. Mike the guy in the blue overalls had made it using a BMX and lots of jumk and spray paint. I'd love to have a go at making something like this! 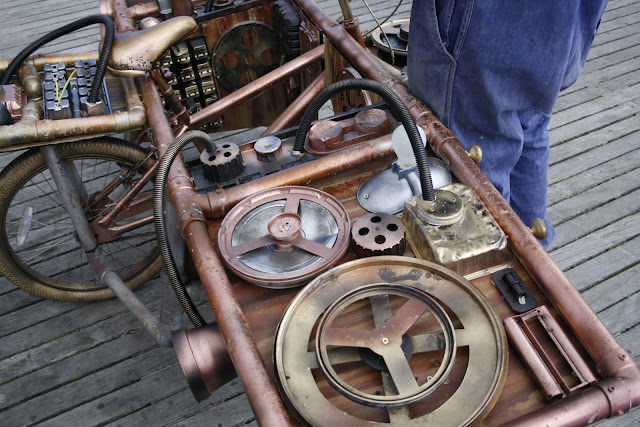 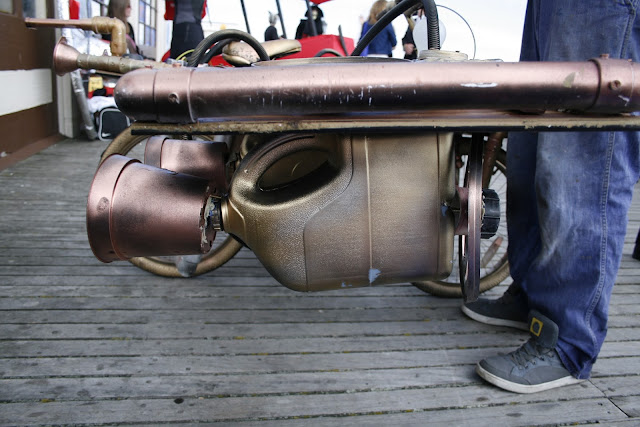