Last weekend I went over to Hathersage in the Peak District to use their amazing out door pool. I also wondered around Hathersage village, went to a local art show, admired some amazing views, had lunch in the garden of a tea room and visited the grave of Little John, Robin Hood's best friend. 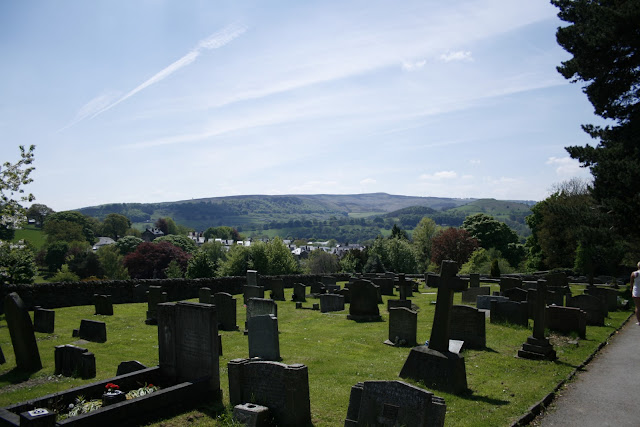 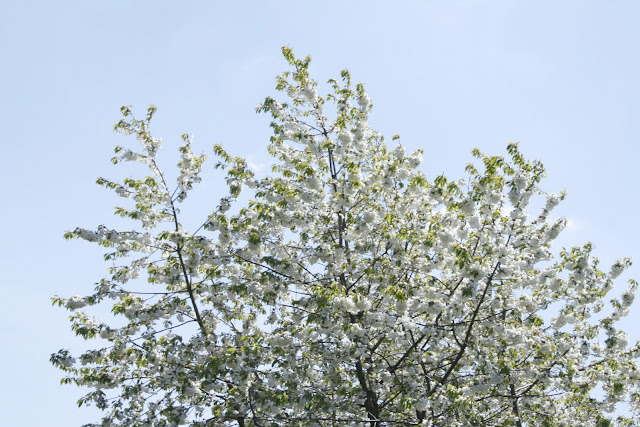 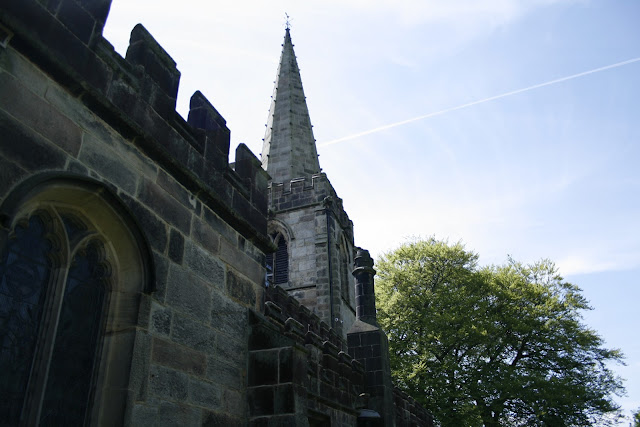 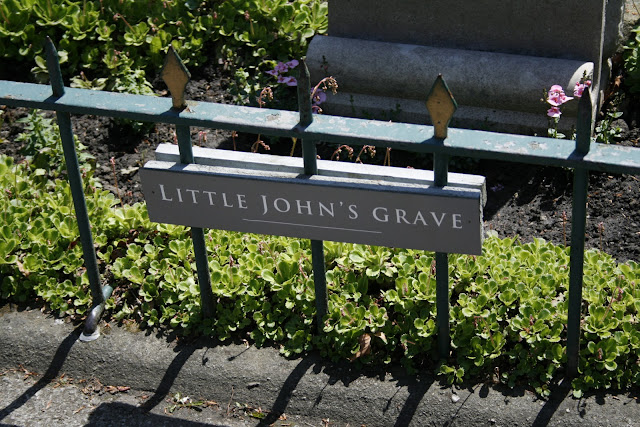 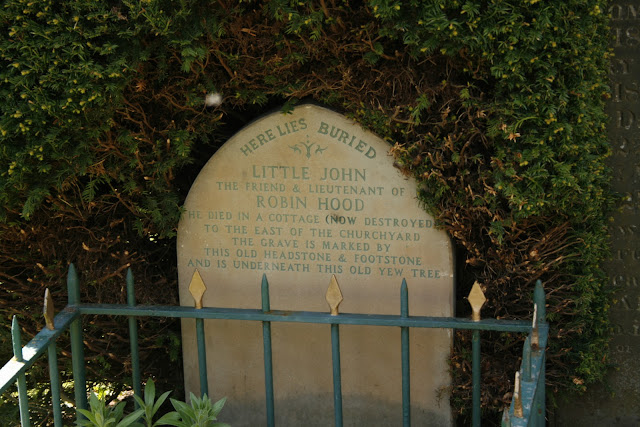 Now I don't know about you, but I've never been entirely sure about the existence of Robin Hood. Was he real? Maybe he was a real person but the stories are made up, maybe the stories are true but from lots of different people, I don't know.
I loved the programme Maid Marion and her Merry Men when I was younger and I've seen several of the many films made about Robin Hood but I don't think I've ever actually read anything about him.