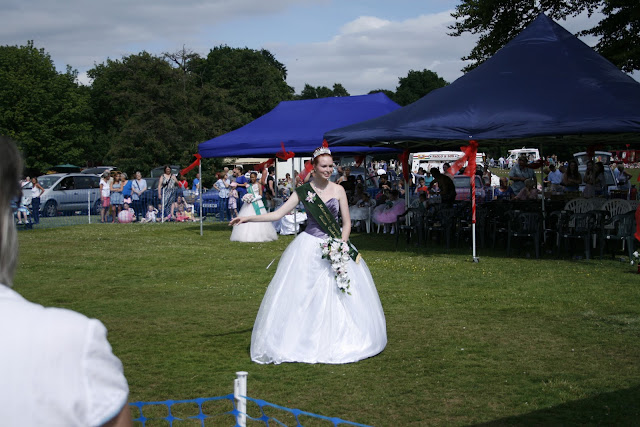 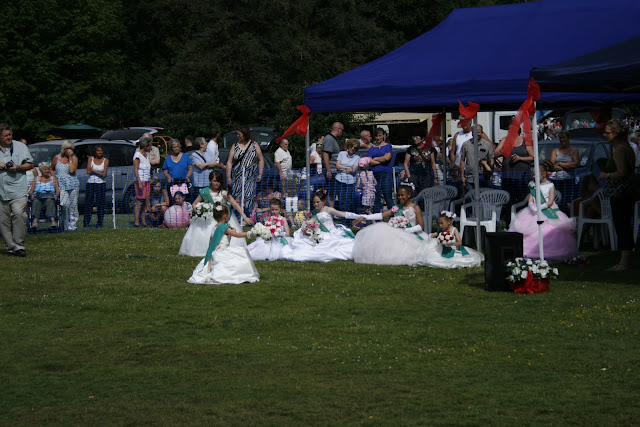 With all the new royal baby at the moment, I want to talk about a different type of royalty.
Carnival Royalty.

Though the sight of young girls dressed up in dresses wider than they are tall, wearing full make up and having complicated lacquered hair may bring to mind beauty pageants; a sort of English, suburban, less-orange Toddlers and Tiaras (a show I am inexplicably drawn to, that and Dance Moms, why oh why do I watch such nonsense?) these girls are something rather different.
I've tried to find out about why we have Rose/Carnival Queens and when the tradition started but, surprisingly, there's not a lot of information out there. I can find out that there are lists of Rose Queens going back to the start of last century and that there have been all sorts of different titles linked to the language of flowers such as different coloured roses representing things like love, charity, virtue, friendship etc. Even after finding that out, discovering the origins of rose queens remains elusive. I could hypothesise wildly and say it's all linked to Green Man and sacrificing virgins to ensure healthy crops but thats just my imagination, all I know is that it's an old tradition. Sometimes there are also little boys dressed up in page boy suits bowing and waiting on their older sisters. 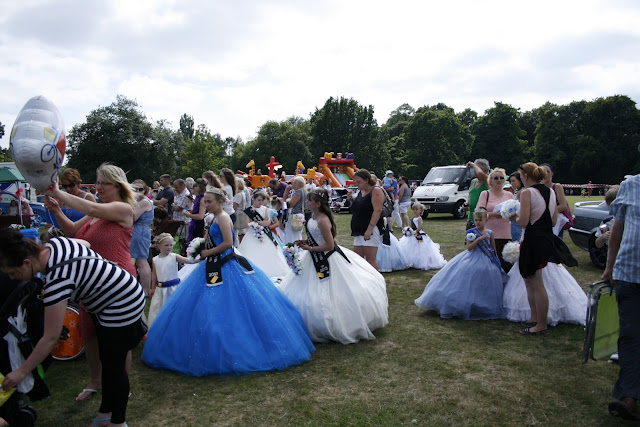 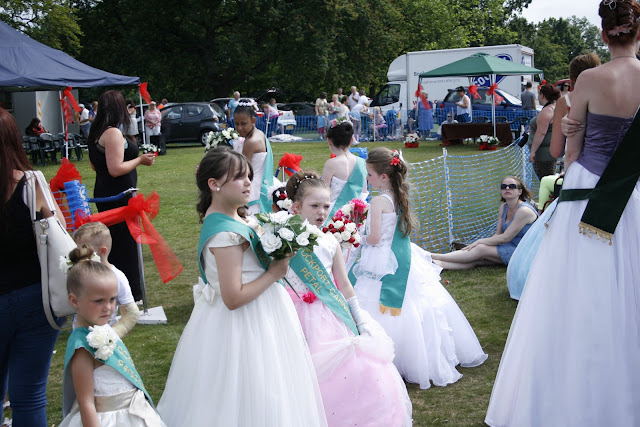 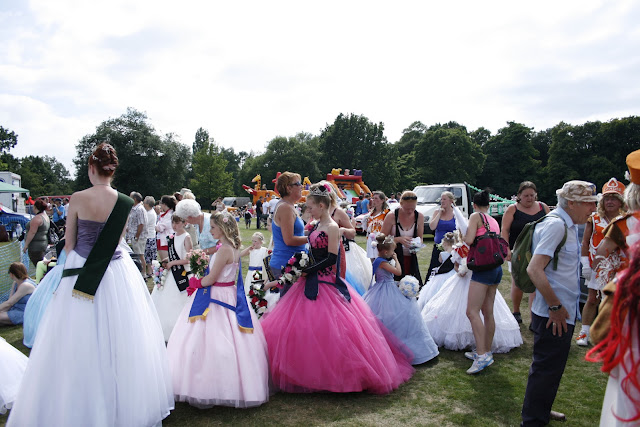 I took these pictures at my town's carnival on Saturday. The girls were preparing to be presented to the judging panel. I'm not entirely sure of the criteria for judging the girls or what they would win. I think a lot of the girls are involved in raising money for and representing their chosen charity, so maybe that would be part of it.
The judging process starts with the home royalty who enter the arena and curtsey spectacularly to the judges, to the audience and then to the other girls already there. I have no idea how they manage to do that elegant, down to the floor curtsy, I would fall over and then be stuck in such a wide dress like a beetle on it's back.There are several different categories of royalty, mostly decided by age. I spotted; Queens, Junior Queens, Princesses, Personality Princesses, Rosebuds and Petals.
A lot of the process is a little confusing to me. I'm not sure why so many girls would want to spend every saturday all summer long prancing around in constricting clothes. But maybe I'm not princessey enough. I knew a girl at school who was a Carnival Queen and her young daughter is now one of the tiny princess ones. They both seem to really enjoy it. I hope all the girls do. 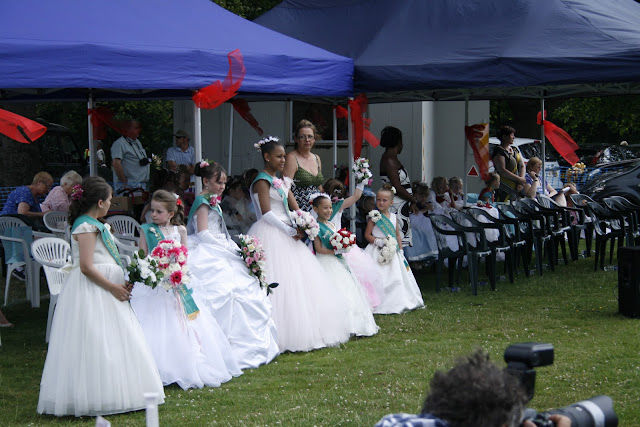 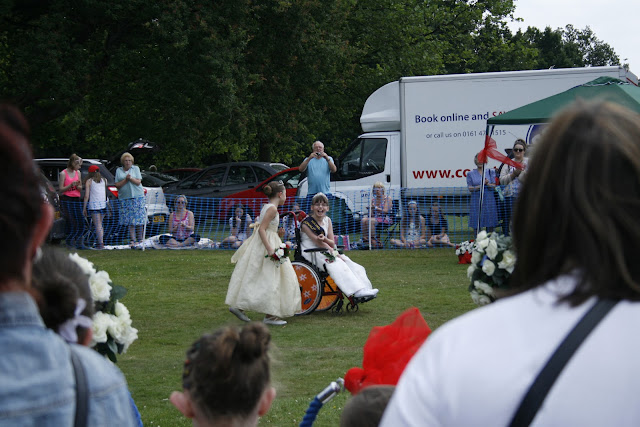 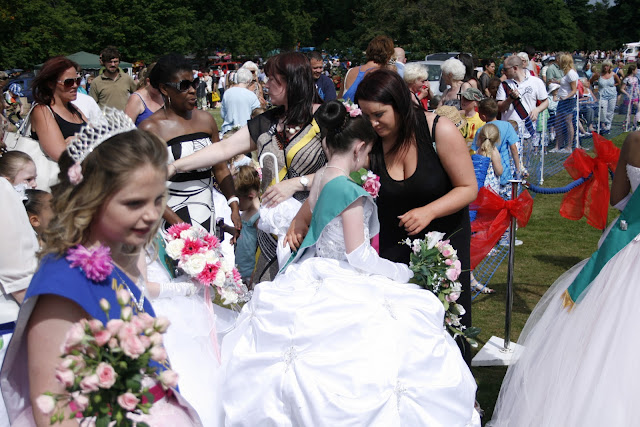