I was on the X Factor!

Last Sunday, instead of what I normally do on a Sunday which is stay in my pyjamas most of the day looking at the internet and catching up on The Killing I was rehearsing for and singing on the live final of the X Factor.
It all started a couple of months ago when I joined Manchester Harmony Gospel Choir. The choir is mostly a university choir that accepts strangers like me, they're pretty good and had won the University Gospel Choir of the Year 2012. So when the X Factor came to Manchester and organisers from UGCY were asked to find a choir to work with Jahmene, one of the finalists, they used us.
It had been a fairly busy weekend for the choir as on the Saturday we'd given a sold out performance at Manchester Academy after a full days rehearsals so most of us were rather sleepy at the start of the day.

We met at Manchester Central where the X Factor was to be filmed. As there were nearly 80 of us in the choir that day, one of the most important things, besides the sound, was for us all to be positioned on stage and to be able to get us all on and off quickly enough, we rehearsed this quite a bit. With such a large choir we had to be fairly regimented with where we stood and how we expressed ourselves.
Even though we'd been there since 10:30am and the show wasn't until 7:40pm the day was fairly full with rehearsing  the songs and practising getting on and off the stage and putting on our black clothes and eating.


We also had a really nice surprise, which was that the producers required people to stand behind the judges and be adoring fans during Rihanna's set. It was pretty exciting to be standing so close to one of the most famous women in the world, we were there during her sound check so that she could practise grabbing hands and know where she'd be dancing. She has a really great voice, much stronger than I'd expected. She was also absolutely tiny, maybe I'd never really thought about it before but her thinness was surprising to me. 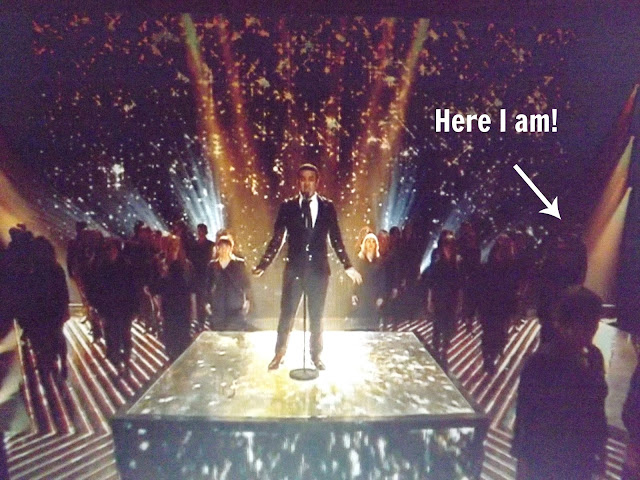 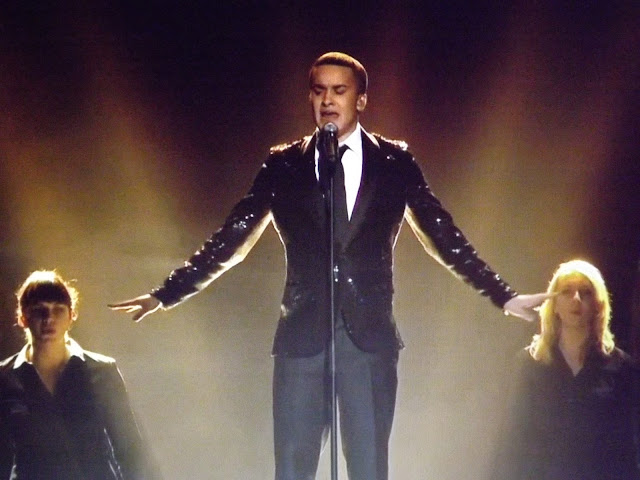 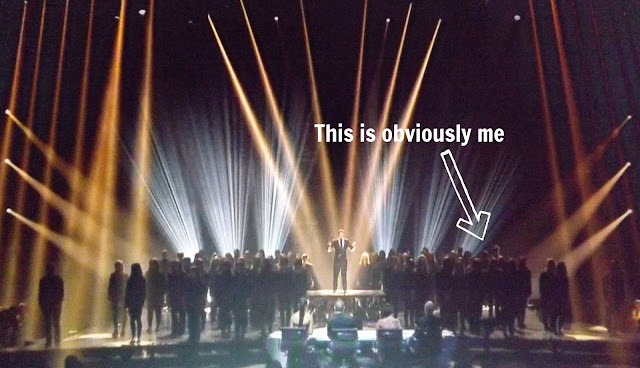 The show itself went well, I'm not sure about other people in the choir, but after having practised so often that day and knowing that the camera wouldn't really be on me I wasn't too daunted by knowing the huge audience we had. It all went pretty quickly as we sang two songs with Jahmene and had to do a quick change backstage into other clothes in order to dance near Rihanna. We didn't really get much of a chance to watch the show properly as we were either just coming straight off stage or waiting to go on.
We did however get to see all the acts, either warming up or while we were waiting at the sides so I got to see, in addition to Rihanna; Emeli Sande, all of the other X factor singers including James Arthur who was the eventual winner and One Direction. We also happened to get fairly close to some of these people and other famous guests while back stage. I didn't really take any pictures but other choir members managed to get pictures with lots of different X factor singers, Olly Murs and Dermot O'Leary, I wasn't quite so prepared. 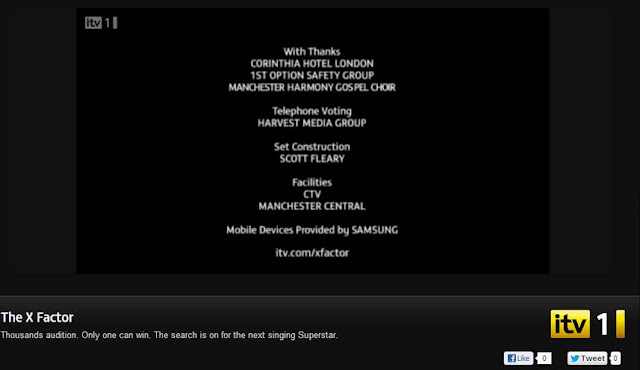 Overall it was quite a strange day and not as exciting as I thought it might be, that might've been due to my tiredness and low tolerance for faffing about. It was nice to be there and be a bit nosy backstage and it will be good to list as one of the choir's achievements but it wasn't super fun all the time.
However, the judges loved us(!) 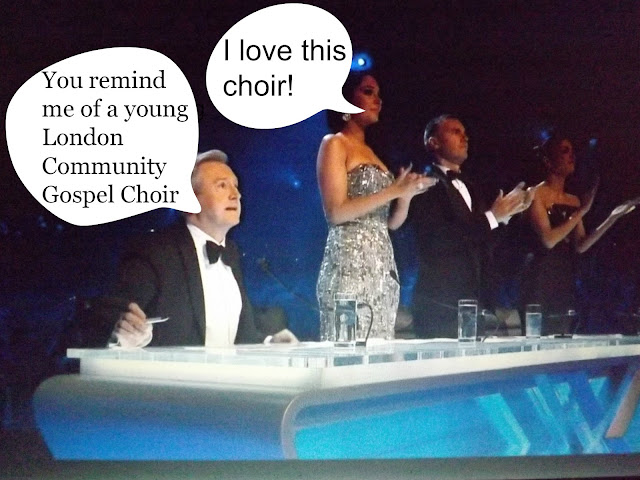